It’s that time of year where we usually look back at the moments that defined the year, but with a new decade upon us, it’s fitting that we use this space to look ahead as well. In addition to sharing the highlights of a notable 2019, we’re sharing the events that we are most looking forward to in 2020.

Three things we loved about 2019

The Hobson Performance Center opened to a packed house in November with a gala performance featuring the Sandhills Wind Ensemble and Campbell University Wind Symphony, led by music director Dwayne Wilson and special guest Jack Stamp, who wove in tales of his experiences and friendships during his time at Campbell in the 1980s before going on to become an internationally renowned conductor and composer.

It was the first of what will be many, many performances in the new center, the result of months of construction inside D. Rich — the previous auditorium was practically gutted so improvements could be made to the stage, the acoustics, the decor and the balcony level. According to Executive Vice President John Roberson, the space — built in 1927 — was not acoustically suitable for vocal or instrumental performances.

“By removing the proscenium wall and installing an acoustical shell, the space was transformed into an acoustically tuned space and thereby an exceptional performance venue,” Roberson says.

“Scott Hall [in the Taylor Bott Rogers Fine Arts Building] currently seats 408, and our typical band concert brings in about 700 people,” Wilson says. “There are 994 seats here [in Hobson], and the sound is better and not as ‘boomy’ as Scott. The shell is a vast improvement — the room is big enough, and the ambient sound should be great.”

The above video was released before the opening gala showing explaining the center’s amenities and providing a first sneak peek.

2. Celebrating the women of Campbell

A yearlong celebration of the women who shaped Campbell over the previous 132 years began in February with the University’s annual Founders Week celebration. The theme paid tribute to founding First Lady Cornelia Pearson Campbell and the women who followed, honoring their servant leadership, strength and unwavering commitment to the University and the lasting impact they have made across generations.

In the fall, the latest edition of Campbell Magazine featured “14 amazing, trailblazing women who shaped Campbell University”. Writers Kate Stoneburner and Billy Liggett chose 14 women to represent a decade of the school’s history, starting with Mrs. Campbell in the late 1800s, up to founding School of Engingeering Dean Jenna Carpenter, representing the 2020s.  Fuquay-Varina artist Amanda Dockery illustrated each woman based on photos provided by the University.

“Campbell has a long and storied history, and as a school with only five [male] presidents, we often focus on them and their accomplishments,” says Stoneburner. “We got to thinking — what if this year we chose to celebrate the women who were also a huge part of the University’s founding and that success that it’s seen over the years.” 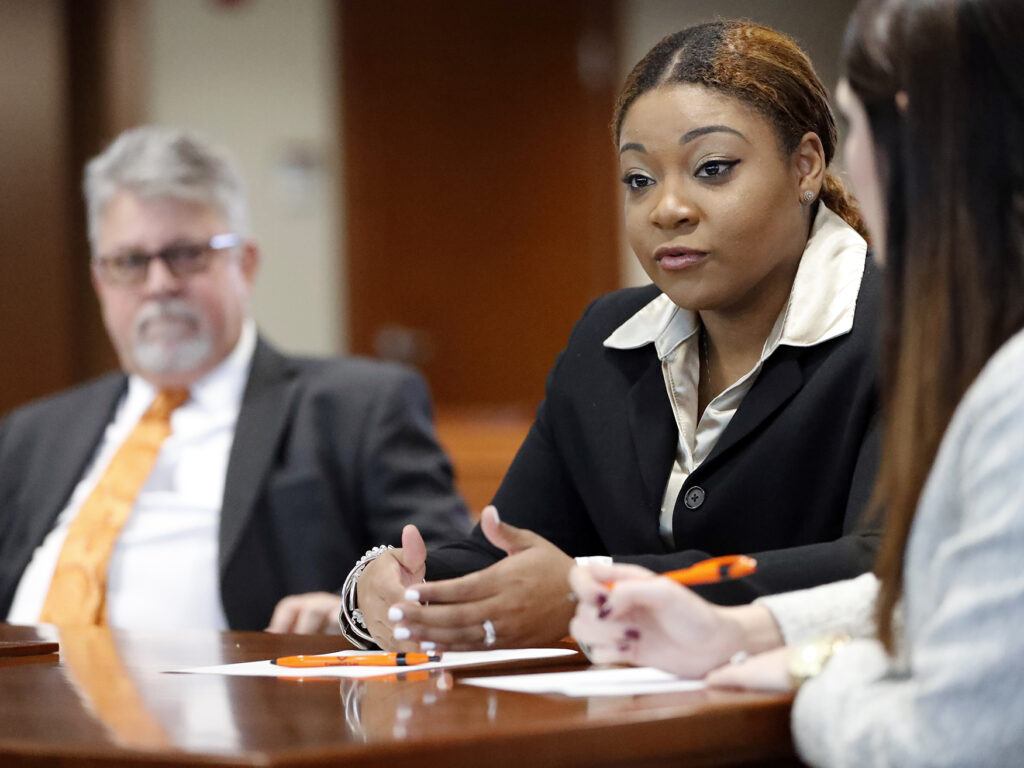 Campbell undergrads and grad students qualified for (and won) numerous academic competitions across the state and nation in 2019. But nobody took home more gold than Campbell Law School’s trial advocates.

In fact, Campbell Law ranked fifth in the nation in Fordham University School of Law’s year-end Trial Competition Performance rankings — the only law school in North Carolina to even crack the Top 25. It was also ranked among the best in the nation by preLaw Magazine.

The top individual performer in 2019 was Tatiana Terry, who took home the top prize in Baylor Law School’s 10th Top Gun National Mock Trial competition. Terry became the first African American to be named the country’s Top Gun trial advocate and only the third female. Her win also marked the second time that a Campbell Law advocate has taken home the title as the top trial advocate in the country.

Top Gun was the capstone to Terry’s history-making success as an advocate at Campbell Law. She was on the winning team in six advocacy tournaments in 2018-19 — a feat unmatched by any other advocate in Campbell Law history. She and her teammates won the regional and national championship at the National Black Law Student Association Constance Baker Motley Mock Trial Competition this past spring. During the same two months, Terry and teammate, Katie Webb, first claimed the regional and then national championship at the American Bar Association Client Counseling Competition. The duo would then go on to win the Brown Mosten International Client Consultation Competition in Dublin, Ireland, while representing the United States — all firsts for the law school. 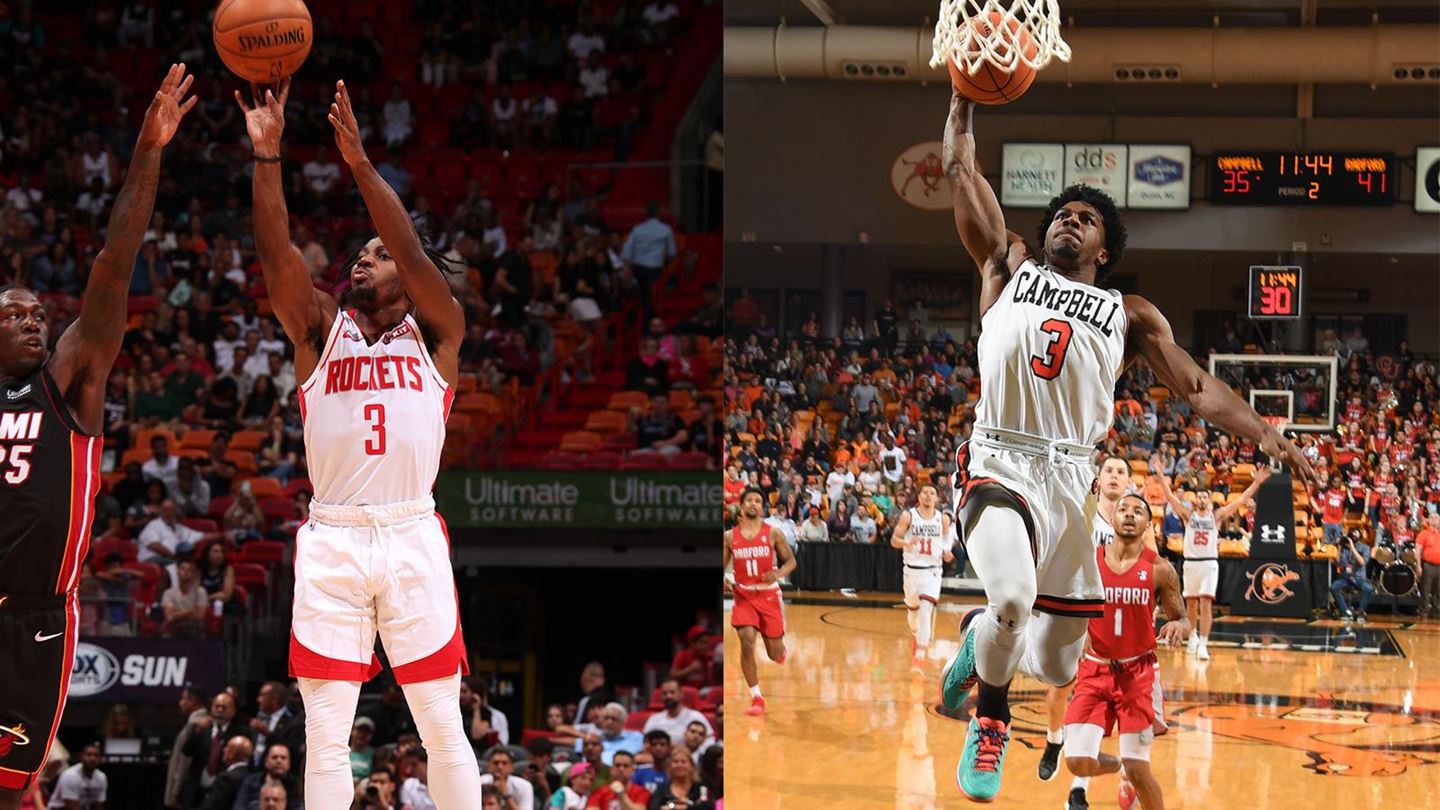 2019 was a historic year for Campbell athletics and perhaps the most decorated athlete to ever come through here. The University will honor Houston Rockets point guard Chris Clemons on Feb. 15, with Chris Clemons Day at Gore Arena during the Camels’ 4:30 p.m. game against Radford.

Clemons ended his fantastic four-year basketball run by leading the Camels to a Big South Conference regular season title and the program’s first appearance in the National Invitational Tournament in March. Clemons finished his college career as the third all-time leading scorer in NCAA history with 3,225 points.

Though he surprisingly went unpicked in the NBA Draft a few months later, Clemons was signed to a two-way contract with the Houston Rockets entering the 2019 NBA season. He wowed everybody with a stellar performance in the NBA Summer League in Las Vegas, earning a temporary roster spot and a seat on the Rockets’ bench to open the season. In his first NBA appearance, Clemons dropped 16 points, becoming only the fourth Rocket to score that much in his debut (the other three went on to become Hall of Famers).

In December, the Rockets rewarded Clemons with an official three-year contract.

Through Dec. 31, Clemons averaged 4.8 points per game with the Rockets, displaying immense potential along the way. On Nov. 16, he scored a career-high 19 points in a win at Minnesota. 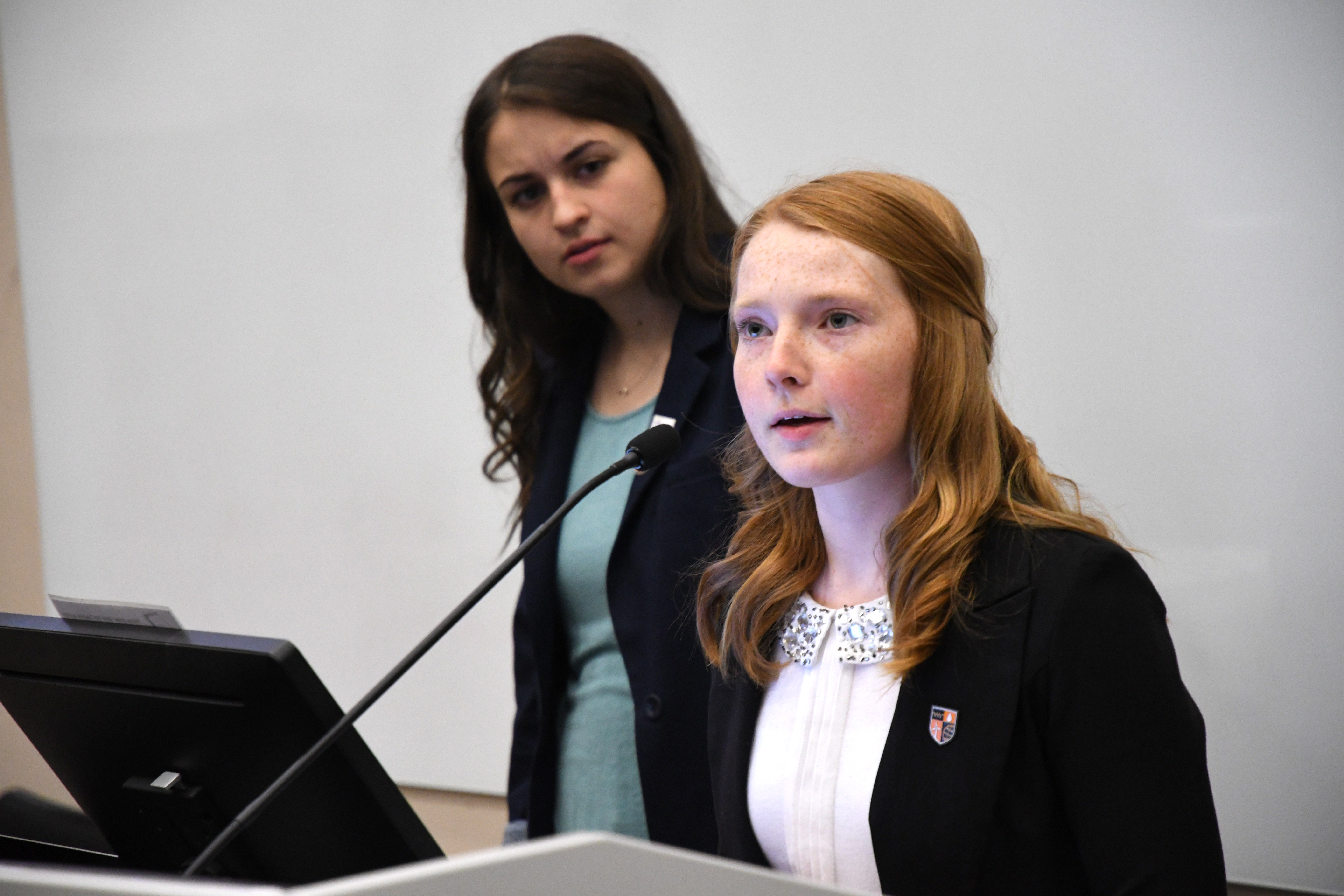 Sending our first engineers into the real world

Campbell’s School of Engineering will graduate its first class of mechanical and electrical engineers in May, marking an end to the all-important first four years of the program.

And what a four years it’s been. Under the leadership of Founding Dean Jenna Carpenter, Campbell Engineering has earned national attention — competing in the NASA Human Exploration Rover Challenge for the first time in 2019, attending the Grand Challenges Scholars Program for the first time in Washington, D.C., this fall, becoming the nation’s 45th Kern Engineering Entrepreneurial school, and — perhaps most impressively — begin named of the nation’s most inclusive engineering schools by the American Society for Engineering Education in July.

We’re excited to see what these students will do in the real world. We’ll start finding out in May.

So much has been written about Campbell’s soon-to-open 115,000-square-foot student union, that it’s almost hard to believe it’ll become reality early this spring.

The building is sure to become the center of activity for the main campus and Campbell community, giving students the opportunity to hone their social and leadership skills. It will serve as a gathering place for students, faculty, staff and community members to study, eat, be in fellowship and get involved.

The building has been designed to promote community. By offering spaces where students can eat, shop, plan projects, play games and watch sports and movies together, the student union will get students out of their dorm rooms and involved on campus. Part-time and commuting students will also have more options for places to study and relax between classes.

The student union will also focus on health and wellness with amenities to help students develop healthy lifestyles. Locker rooms, free weights and weight machines will round out a two-story fitness facility. With spaces for group fitness classes and intramural sports, the new design doubles the area of the current fitness center. Outside the fitness center will be fresh dining options, including a juice bar and produce stand to fuel students’ study sessions and routines.

Several sneak peek videos of the student union were shared with the community during the fall as construction progress. Above is the most recent video — from mid-December — showing the final stages of construction. No official opening date has been announced, but the building is expected to open early in the spring semester. A grand opening celebration has been planned for April.