Assistant Secretary of State for Education and Cultural Affairs Marie Royce joined Congressman George Holding and Campbell President J. Bradley Creed in Buies Creek on Wednesday to promote the Stevens Initiative and the expansion of international education and exchange programs — especially virtual programs — throughout North Carolina and the United States.

Royce and Holding also met with nearly a dozen Campbell students, staff and faculty to discuss the importance of international education and opportunities for students interested in connecting with the peers on the other side of the world. In 2017, Campbell expanded its Study Abroad program to become the Global Engagement Office; an effort to “internationalize” Campbell’s main campus and produce a more “global-ready workforce.” 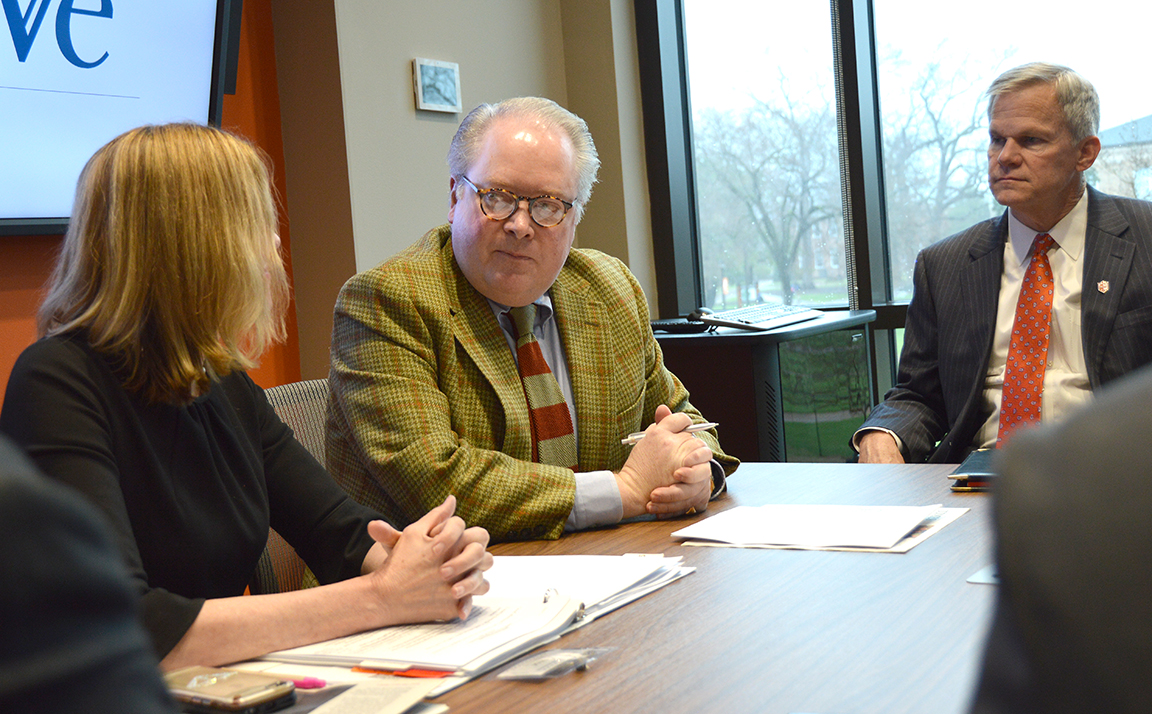 According to Creed, a program like the Stevens Initiative — which aims to make global opportunities more accessible to students who otherwise may not have the means to study abroad — has the potential of having a big impact at Campbell University.

“We’ve gone from Study Abroad to international education and global engagement in just the last few years, and this enables more opportunities for our students,” Creed said. “Some of our students already go to these countries to study, but not all are able to, because of schedules or other conflicts. To be able to virtually connect with students in North Africa or the Middle East and other places would certainly enhance the learning experiences here at Campbell.”

Royce, who was nominated by President Donald Trump and unanimously confirmed by the U.S. Senate last March, oversees a wide range of programs that advance the country’s foreign policy objectives through educational, professional, cultural and sports exchanges. The CEO and principal of Marie Royce LLC in Fullerton, California, Royce has over 30 years of experience in the private sector with Fortune 500 companies and as a small business owner, creating and launching start-ups and new initiatives and serving as a key business liaison to 80 countries. She is also a former educator and full-time university professor. 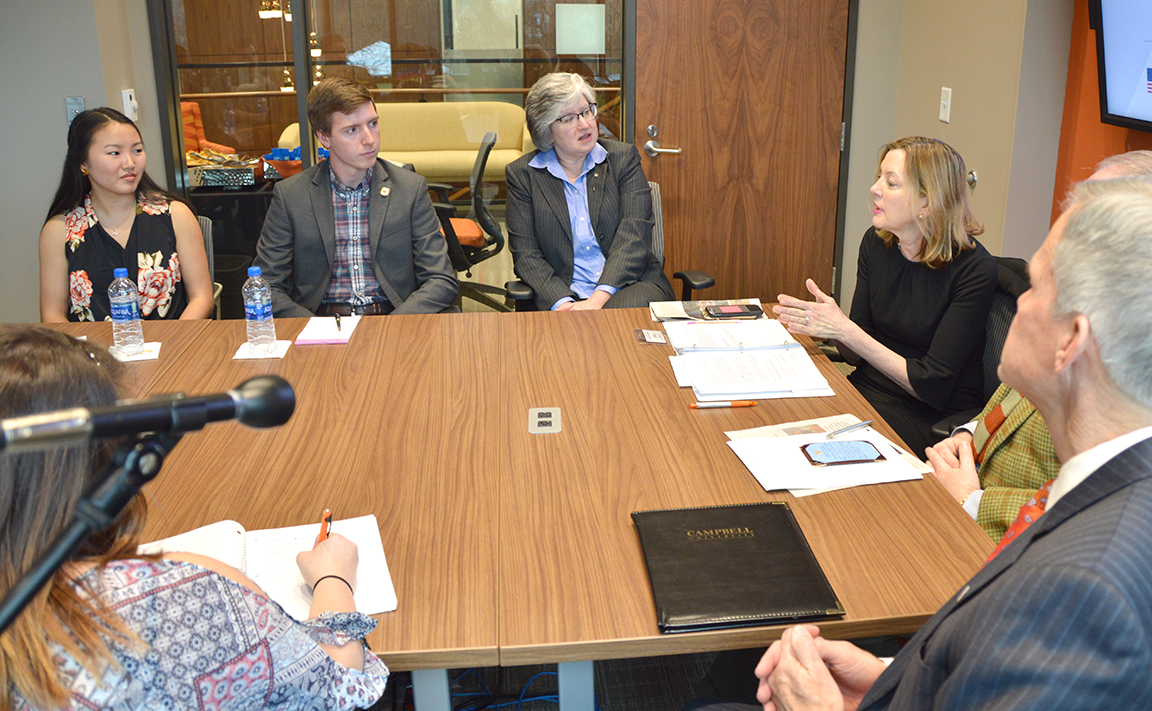 “For those who’ve been in programs like this — wasn’t it a great experience?” she added. “What we want ultimately is for everybody to have an experience like this. Programs like the Stevens Initiative aim to make that happen.”

Named for U.S. Ambassador to Libya J. Christopher Stevens — one of three Americans killed in an attack on government facilities by militants in Benghazi, Libya, in 2012 — the Stevens Initiative focuses on “virtual exchanges” between students in the U.S. and other countries. According to the organization, these exchanges “facilitate cross-cultural experiences and build career-ready skills — including collaboration, language skills, problem solving and technical and vocational training … and deepens understanding of and ability to engage with people from other backgrounds.”

International students in North Carolina’s colleges and universities already contribute an estimated $508 million to the state’s economy each academic year. The countries with the most visiting students in the state are China, India, South Korea, Saudi Arabia and Canada.