Meeting in-person for the first time in two years, the North Carolina Commission of Indian Affairs quarterly meeting was held at Campbell University on Friday. The commission was hosted by Dean Alfred Bryant and the School of Education.

“What an honor it is to help you celebrate 50 years of advocacy on this campus,” said Campbell President J. Bradley Creed. “The University is a convening place. We are about people coming together, and about learning, and about the exchange of new ideas. And it helps us in our mission when we have other groups come here to share with us and our students.”

From Campbell, President Creed, Executive Vice President Roberson and Dean Bryant were joined by several students of American Indian heritage, two of whom were recognized at the meeting’s opening remarks.

“It’s meaningful to be able to gather with others students faculty and staff who are American Indian to attend my first Commission meeting,” said second-year student and sophomore class president Dean Locklear. “It’s exciting to see more opportunities to gather together, remember the history, and celebrate the cultural impact of American Indians.”

The eight recognized tribes include the Coharie, the Eastern Band of Cherokee Indians, the Haliwa-Saponi, the Lumbee Tribe of North Carolina, the Meherrin, the Sappony, the Occaneechi Band of the Saponi Nation and the Waccamaw Siouan. In honor of 50 years of American Indian Advocacy, and in recognition of Campbell’s location in Coharie region, the commission invited Coharie musical group Smokey River to present an honor song before the start of the meeting. Afterwards, Roberson gave an introduction to Campbell’s history and offerings to the commission. 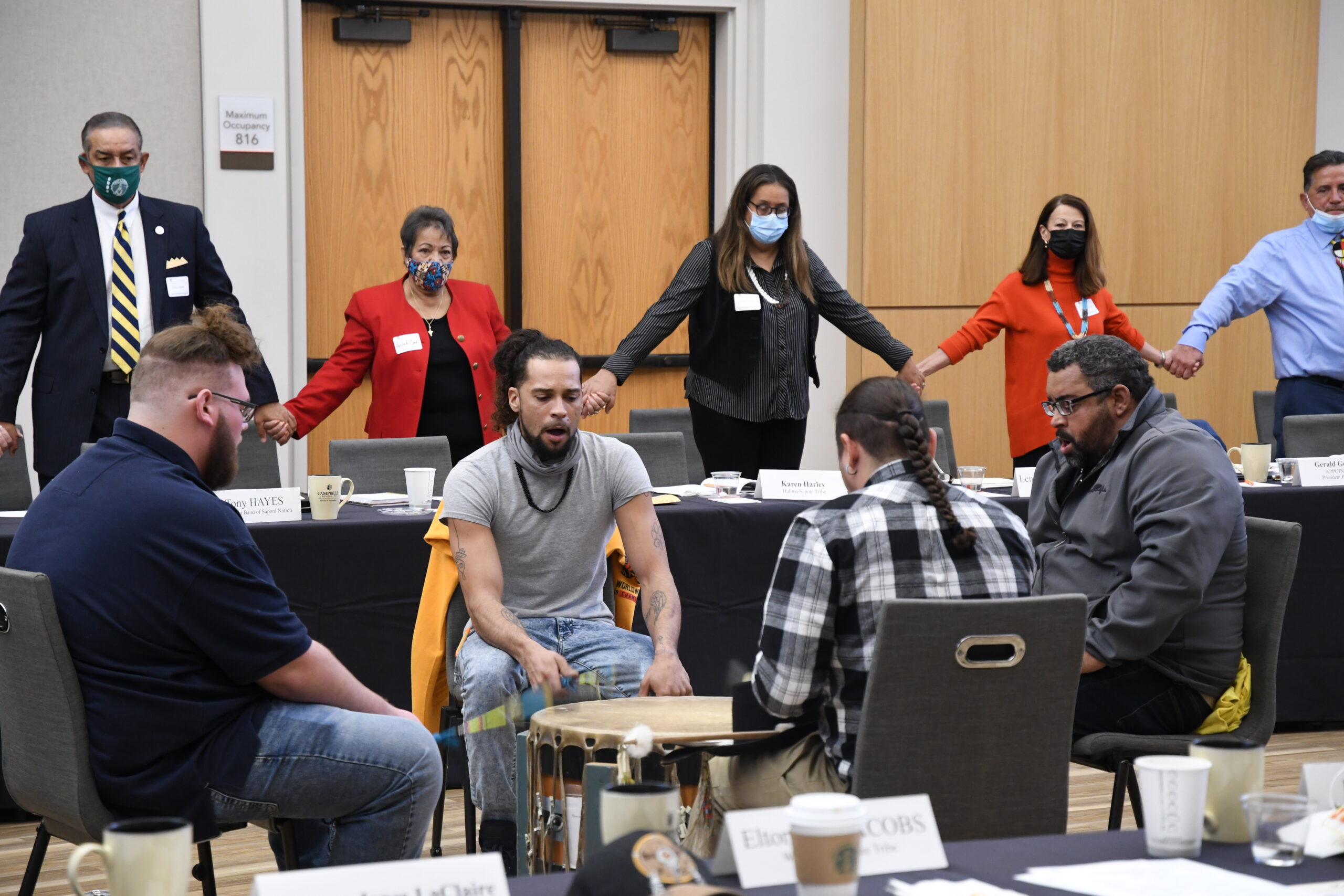 “If Campbell excels at any one thing, it excels at developing programs that meet real, not perceived, need,” said Roberson. “If there is a program that we do not have that is a need in your communities, we want to carefully consider with you how we can build and launch such programs.”

In addition to representatives from all eight recognized tribes of North Carolina, Commission Executive Director Greg Richardson and Rep. Charles Graham of the state house of representatives attended the meeting. A member of the Lumbee tribe and representative for district 47, Graham announced plans for a ten million dollar COVID-19 funding package allocated to the tribes this year. He also introduced a new commission just established to focus on increasing cultural awareness of tribes across the state. While the NC Commission of Indian Affairs focuses on community funding and policy, the American Indian Commission will be focused on advancing cultural awareness across the state.

“As indiginous people we have so much history, we have the arts; we have a cultural commerce that we need to take advantage of. [Our culture] is something we must extend to travelers throught the state,” Graham said. “We are a proud people, and tourists need to know about the tribes in North Carolina.”

The American Indian population of North Carolina is around 127,000, comprising 1.2 percent of the state and giving North Carolina the 12th highest proportion of tribe members in the country. The commission has paved the way for tribally administered programs and for the delivery of services into Indian communities by tribes and the commission itself. Since 1971, tribal governments have evolved from having very limited resources into being able to provide much-needed services and job opportunities. They now have greater influence at all government levels.

“This is indeed a historic meeting,” said Richardson, “Just think about where we are now versus where we were in 1971. Fifty years after our founding, we are the leaders  left to carry the gauntlet and move our communities forward into the next generation. We are proud of what is going on in Harnett County and we hope to see more knowledge of American Indian heritage and culture spread all over the state.”

Event organizer Dean Bryant, a member of the Lumbee American Indian tribe, extended the invitation for the commission to meet in the student union. His career and research have focused on multicultural counseling and differences in parental emotional communication across cultures. Previously, as founding director of UNC-Pembroke’s Southeast American Indian Studies department, Bryant established new initiatives and worked to establish and strengthen relationships with tribes of the Southeast, working with academic institutions and government  entities to promote and enhance the program. He hopes to bring the same multicultural partnerships to Campbell. 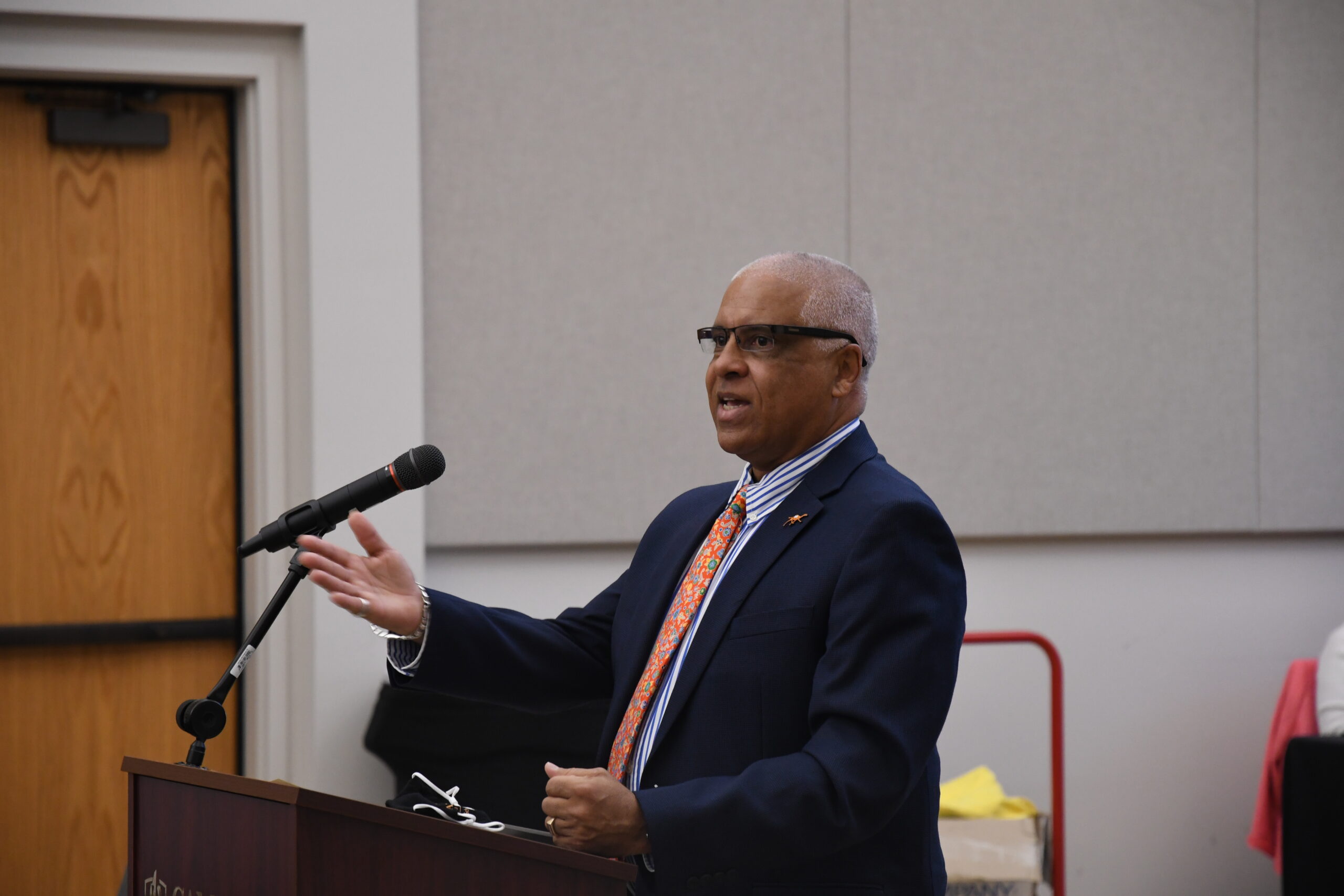