Arroyo and Garcia advanced to the quarter-finals, and finished as one of the top eight teams out of 33 in the nation. The team received high praise throughout the competition for being passionate, creative and professional advocates, Bolitho said. 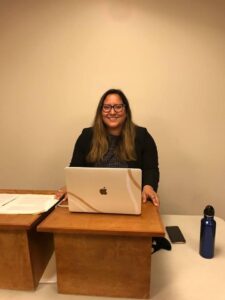 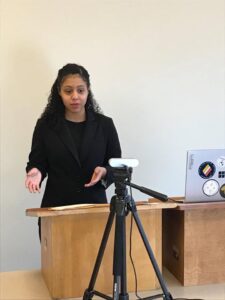 The Dean Jerome Prince Memorial Evidence Competition is named in honor of the late Jerome Prince, renowned evidence scholar, teacher, and author of Prince on Evidence, who served as Dean of Brooklyn Law School from 1953 to 1971. The competition is hosted in the spring by the Moot Court Honor Society. The Competition provides law students from across the nation the opportunity to write and argue an appellate brief that addresses evidentiary issues in a contemporary context.

Since its founding in 1976, Campbell Law has developed lawyers who possess moral conviction, social compassion, and professional competence, and who view the law as a calling to serve others. Among its accolades, the school has been recognized by the American Bar Association (ABA) as having the nation’s top Professionalism Program and by the American Academy of Trial Lawyers for having the nation’s best Trial Advocacy Program. Campbell Law boasts more than 4,200 alumni, who make their home in nearly all 50 states and beyond. In 2021, Campbell Law is celebrating 45 years of graduating legal leaders and a dozen years of being located in a state-of-the-art facility in the heart of North Carolina’s Capital City.