Campbell Law alumnus Judge Jeffery K. Carpenter ’03 and current LL.M. student Judge April C. Wood were among the five judges  formally installed in a virtual ceremony in the courtroom of the North Carolina Court of Appeals on Jan. 14, 2021.  Chief Judge Donna Stroud ’88 administered the oath of office. The swearing-in ceremony was virtual due to COVID-19 precautions. Guests, media, and the public attended the ceremony virtually via Livestream that can be watched at this link.

Carpenter joined the Court of Appeals after serving as a superior court judge. He grew up just outside of the town of Morven in Anson County, North Carolina, where he attended and graduated from Anson County Public Schools. Carpenter attended Wingate University before transferring to the University of North Carolina at Charlotte where he earned a bachelor of arts in political science. Shortly after graduating, he attended and graduated from the North Carolina State Highway Patrol 93rd Basic Training School. Carpenter served the State of North Carolina as a state trooper for approximately six years before attending law school at Campbell University, earning his juris doctorate degree.

After completing law school and passing the North Carolina bar exam, Carpenter returned to Anson County and built a litigation practice in the areas of criminal defense, domestic litigation and general civil litigation with the firm of Little, Carpenter, and Flake, PLLC, and later, with Carpenter and Flake, PLLC. He practiced law in Anson, Richmond, Stanly and Union counties, formerly Judicial District 20.

He lives in Union County with his wife of 24 years, Love Carpenter, and they have one son, Hugh, who is 15 years old.

Wood joined the North Carolina Court of Appeals after serving as a district court judge for 18 years. She was first elected to the district court bench in 2002 in Judicial District 22, which includes Davidson, Davie, Iredell and Alexander counties. After the district was split in 2010, she was elected in Judicial District 22b which includes Davidson and Davie counties. Wood was elected to the North Carolina Court of Appeals in November 2020.

Although her family is from North Carolina, she grew up in various places around the world, including Adak, Alaska and Okinawa, Japan, while her father served in the United States Marines Corps. Throughout the years and many military duty assignments, her mother held various employment, the most rewarding of which was as a schoolteacher. Retiring after 23 years of military service, the family returned home to Lexington, North Carolina. Her father became a Davidson County deputy sheriff, and after retirement, continued to work part time as a bailiff, often in Wood’s courtroom while she was a district court judge.

Wood graduated from Pensacola Christian College, summa cum laude. After earning her juris doctor degree from Regent University School of Law and passing the North Carolina bar exam in 1997, she opened a general practice law office in Thomasville, North Carolina. It was during this time that she became passionate about family law and became a certified family financial mediator in 2001. She was sworn in as a district court judge in 2002 and became a certified juvenile court judge during her first term. She is currently enrolled in the joint Campbell University School of Law and Nottingham University School of Law program to obtain her L.LM. in judicial studies.

Wood is a passionate and dedicated community leader. Believing our children are our future and desiring to positively impact as many children and young adults as possible, she has been a regular D.A.R.E. graduation speaker since 2003. She has been actively involved in several civic and charitable organizations and currently serves on the board of Cancer Services of Davidson County, Salvation Army of Davidson County, National Theological College and Graduate School and the North Carolina Memorial Day and Celebration Committee.

Wood, who lives in Davidson County, is married to her husband of 22 years, Jeffrey Berg, who is a practicing attorney, and they have three children: Alexis, Alexander, and Anthony. 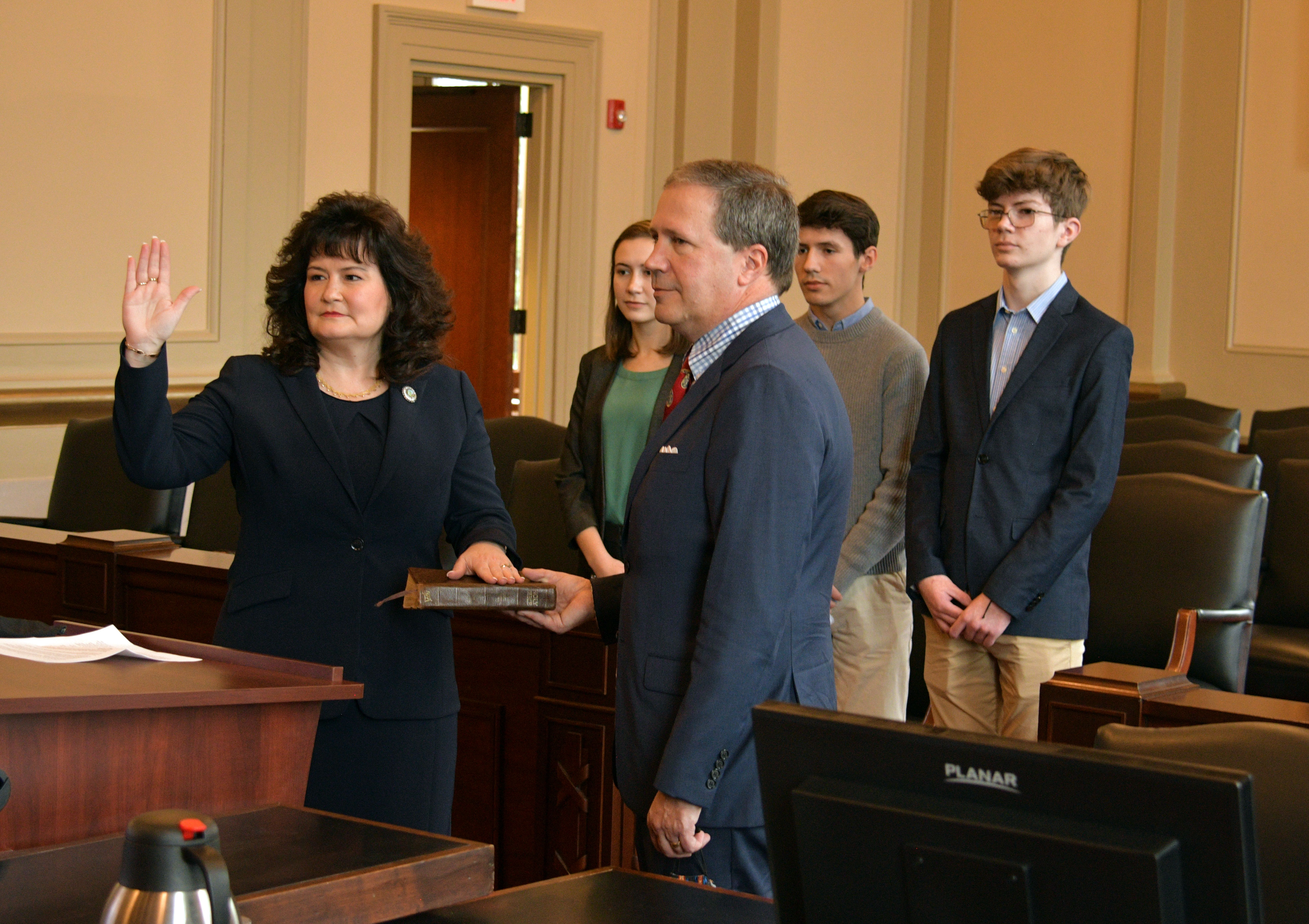