CARY — Campbell Law School’s Niya Fonville and Jerry Walters ’96 are among the seven new members of the North Carolina Bar Association (NCBA) Board of Governors elected on Friday, June 26, during the organization’s first-ever virtual annual meeting.

Dean J. Rich Leonard said, “I hope you will join me in congratulating Niya and Jim on their election among the seven new members of the Board of Governors of the North Carolina Bar Association. This is a coveted and highly sought honor.  The NCBA is a great partner for the law school and this helps keep our relationship strong.”

Fonville, who was recently promoted to Director of Externships at the law school, served as Associate Director of the Career & Professional Development Center since November 2018.  Prior to joining Campbell Law, she worked for more than a decade with Legal Aid of North Carolina, where she was supervising attorney and staff attorney. Fonville is a past co-chair of the NCBA Minorities in the Profession Committee and 2019 recipient of the NCBA Citizen Lawyer Award. Fonville is a 2005 graduate of Salem College and a 2008 graduate of the University of Miami School of Law. 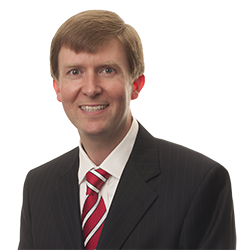 Walters is a shareholder in Littler Mendelson PC in Charlotte. He has practiced management-side employment and labor law exclusively since 1997 and provides litigation and counseling services on a wide variety of employment and labor issues. Walters served as chair of the NCBA Labor and Employment Law Section in 2019-20, and is also a past chair of the North Carolina Association of Defense Attorneys’ Employment Practices Group. He is a 1993 graduate of the University of North Carolina at Chapel Hill and a 1996 graduate of Campbell Law School, where he was a member of the Campbell Law Review Editorial Board.

Since its founding in 1976, Campbell Law has developed lawyers who possess moral conviction, social compassion, and professional competence, and who view the law as a calling to serve others. Among its accolades, the school has been recognized by the American Bar Association (ABA) as having the nation’s top Professionalism Program and by the American Academy of Trial Lawyers for having the nation’s best Trial Advocacy Program. Campbell Law boasts more than 4,400 alumni, who make their home in nearly all 50 states and beyond. In 2019, Campbell Law celebrated 40 years of graduating legal leaders and 10 years of being located in a state-of-the-art facility in the heart of North Carolina’s Capital City.