Brig. Gen. Richard Torres was born and raised in Fort Bragg, entering the Army officially in 1981. For 38 years, he has held numerous command positions — most recently deputy commanding general and director of the Army Reserve Engagement Cell of U.S. Army South — has earned numerous awards and decorations and has served his country in Korea and the Middle East, with combat experience as a commander during Desert Shield and Desert Storm.

But for his final act in an Army uniform, Torres was at Campbell University on Friday to welcome nine ROTC cadets to the rank of second lieutenant and offer encouragement and words of advice as speaker at Campbell Company’s commissioning ceremony in Scott Concert Hall. A third-generation soldier, Torres announced he will retire in August, and he viewed Friday’s ceremony as the perfect ending to a long and satisfying career.

“It’s fitting that I’m here today to welcome the next generation of leaders,” Torres said. “It’s important that we pass on the values, the traditions and the ceremonies that hold our U.S. Army together. The gold bars that will go on your shoulders today are far more important than the stars on mine, because you are the future of the Army.”

Campbell University commissioned nine second lieutenants at the ceremony: Dwight Alford, Paul Ambrose, Derek Deal, Joshua Duke, Anthony Marziale, Amber Moffat, Karen Shoaf, Christy Sudler and Aaron Woolard. The group will begin training in the coming weeks at bases around the country, spanning from Hawaii to Georgia. Under their leadership, Campbell’s ROTC program has earned two consecutive MacArthur Awards, one of eight programs in the nation this year based on the University’s commissioning mission, cadets’ performance and standing on the National Order of Merit list and cadet retention rate.

Torres offered the six men and three women in this year’s class “four simple rules” to help them navigate their military careers: Do what is right, execute everything to the best of their ability, be professional and be responsible.

“Whether you’re aware or not, your soldiers will watch you and look up to you 24 hours a day. Set an example both personally and professionally, whether you’re in uniform or not,” Torres said. “Build and protect your reputation as an officer. Be the expert the Army demands; know your job and the jobs of those who work for you.”

The nine seniors entered Scott Concert Hall Friday as cadets and left as second lieutenants, receiving their oath and first salute from the officer(s) of their choice and receiving their gold bars from mothers, fathers, husbands, wives, brothers, sisters and even grandparents. Each student also took a moment to address the audience and thank those who supported them along the way.

Christy Sudler, who received her degree later in the day from Campbell’s Master of Public Health program, offered a verse from Hebrews 11:1-3: Now faith is confidence in what we hope for and assurance about what we do not see. By faith we understand that the universe was formed at God’s command, so that what is seen was not made out of what was visible.

“Faith is why we’re here today,” Sudler said. “Our professors had faith in us to mold us into great leaders. And our peers, we’ve had faith in each other.” 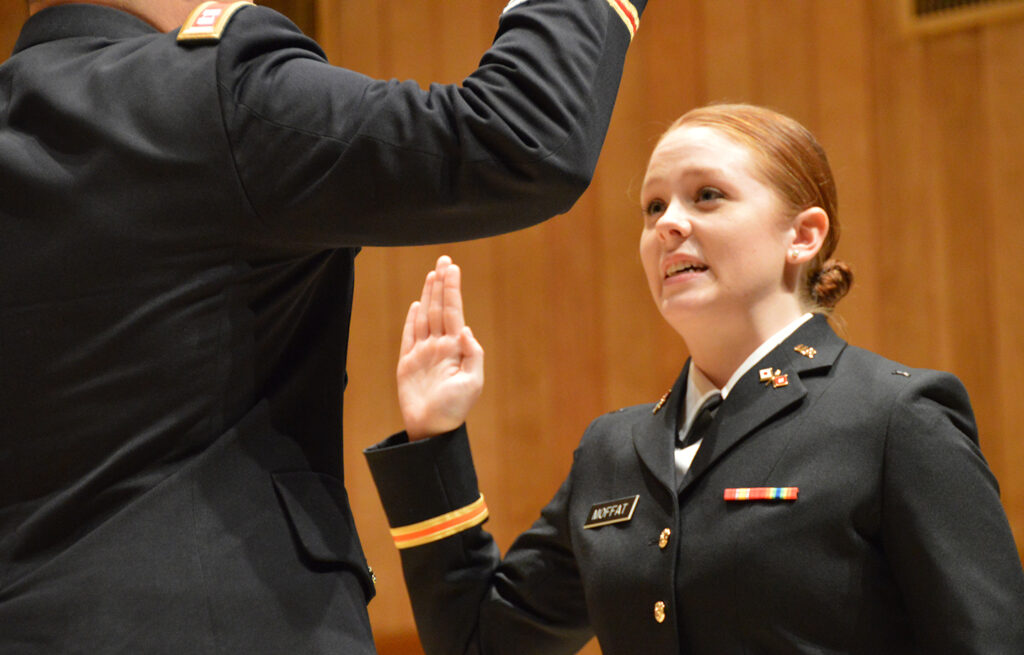 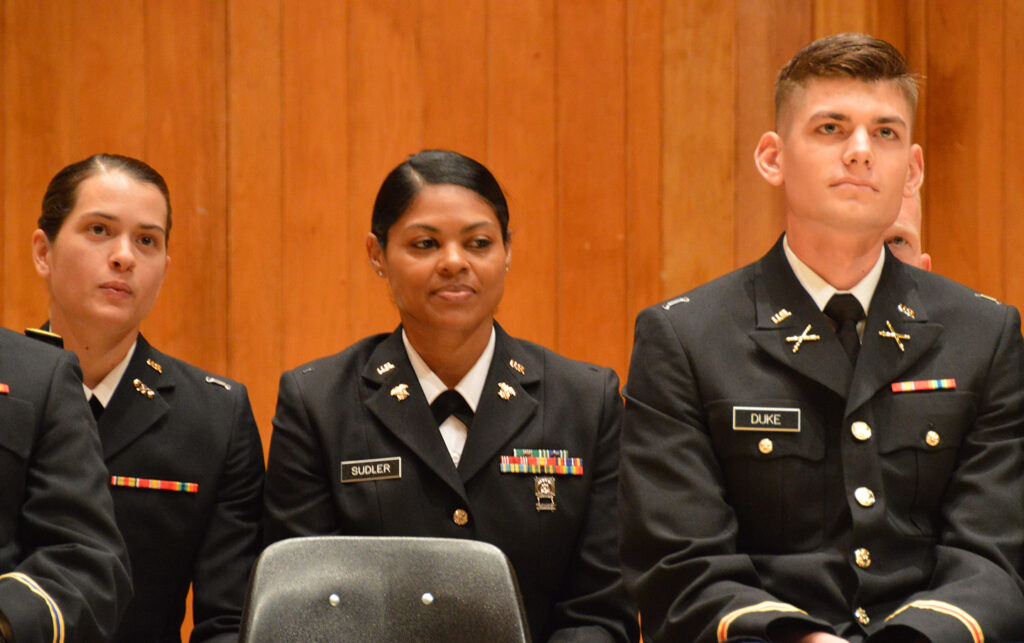 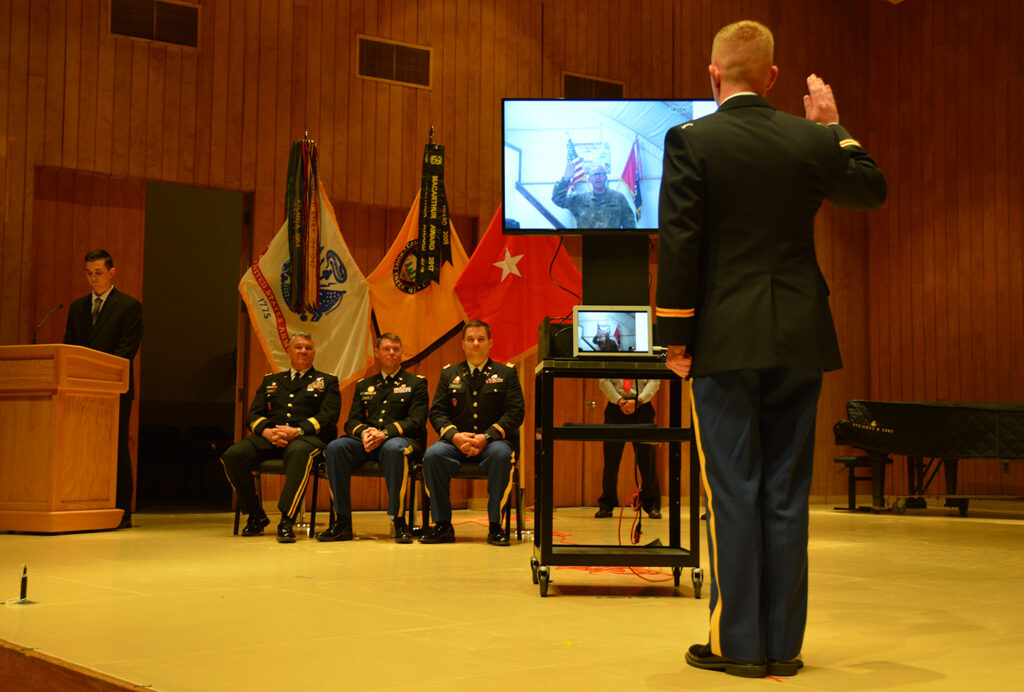