A bit of a non-traditional student, Dante Jannotta is a veteran of the United States Coast Guard, a husband, a father of three, and a freshman in his second semester as a PGA Golf Management (PGM) major at Campbell University.

When he discovered the Veteran Golfers Association (VGA), based in Pinehurst, North Carolina, he knew there was an opportunity to blend his love of golf and his military background together.

The VGA, at its core, offers competitive golf leagues for veterans and their families. But it’s much more than that. The international association organizes golf tournaments and event to create a space for veterans to spend time with family members and their communities while reinforcing the military’s values of integrity, respect and perseverance.

Inspired by the idea of a partnership between the PGM program and the VGA, Jannotta teamed up with PGM Program Assistant Matt Roberts and his classmates to host the VGA Campbell University Invitational on Saturday, April 1.

Over 30 members of the VGA joined PGM students at Keith Hills for a shotgun tournament, where students were paired up with veterans on the course. PGM students offered a free skills clinic before the tournament for players looking to improve their long drives and putt shots.

COL (Ret) Leonard “Hawk” Hawkins, executive director of the VGA, said, “The VGA found not only one of the most picturesque golf courses in the South but some of the finest hospitality as well.”

The overall winners of the tournament were VGA members Kevin Hamilton and Pedro Martinez, who teamed up with PGM students Jacob McKenzie and Kyle Leads. 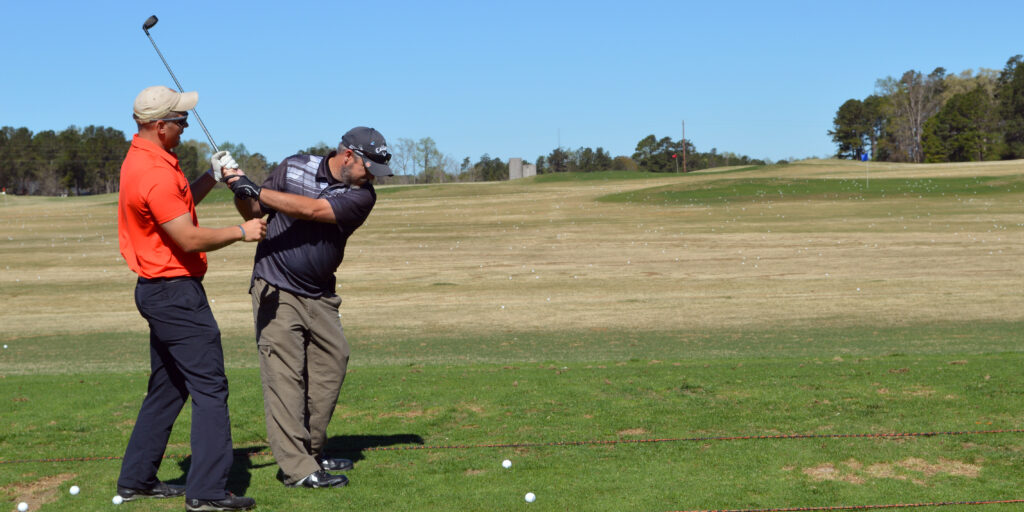