David Hobson, the namesake for Campbell University’s performance arts center dedicated to his late wife in November, died peacefully on Saturday in Pinehurst after a two-and-a-half-year hard-fought battle with cancer. He was 76.

Raised in Harnett County, Hobson attended Dunn public schools and graduated with honors from Dunn High School in 1962. He developed his love for music as a student and was first chair trumpet in the high school band. He graduated from N.C. State University in 1968 with a degree in forestry and park management and soon began his career as a park manager with the Northern Virginia Regional Park Authority, a young and promising agency which had purchased 2,500 hundreds of acres of land to be preserved for use by the citizens of Northern Virginia.

In 1972, Hobson became director of administration, and in 1976, director of capital programs.  Upon his retirement in 1999, the Park Authority’s land holdings totaled more than 10,000 acres and, under his direction, had received more than $80 million in grant money.  The capstone of David’s career was attained in 1996, when he became executive director of the Park Authority, directing and overseeing the management and operation of a system of 19 regional parks, with a $19.5 million annual budget. The project of which he was most proud was the acquisition and development of the Washington and Old Dominion Railroad Regional Park — a 45-mile abandoned rail line, winding through Northern Virginia and stretching from the City of Alexandria to Purcellville in Loudoun County.

After retirement, Hobson and his wife Anne — a childhood friend and his first love — moved to Pinehurst and began discussing their longtime dream to promote and preserve the use of “old-time,” sacred hymns in Christian ministry and worship. They came up with the idea of a project to establish a Christian music education center in a Bible College near Dunn.  Sadly, when Anne died in 2012, it appeared that the project had died with her.

However, their dream remained with Hobson, and several years after Anne’s death, the project was resurrected and revised into a much larger project. In 2018, he teamed with Campbell University in funding the complete renovation of Campbell’s antiquated auditorium in the D. Rich Building, transforming the old auditorium into a beautiful, state-of-the-art concert hall. 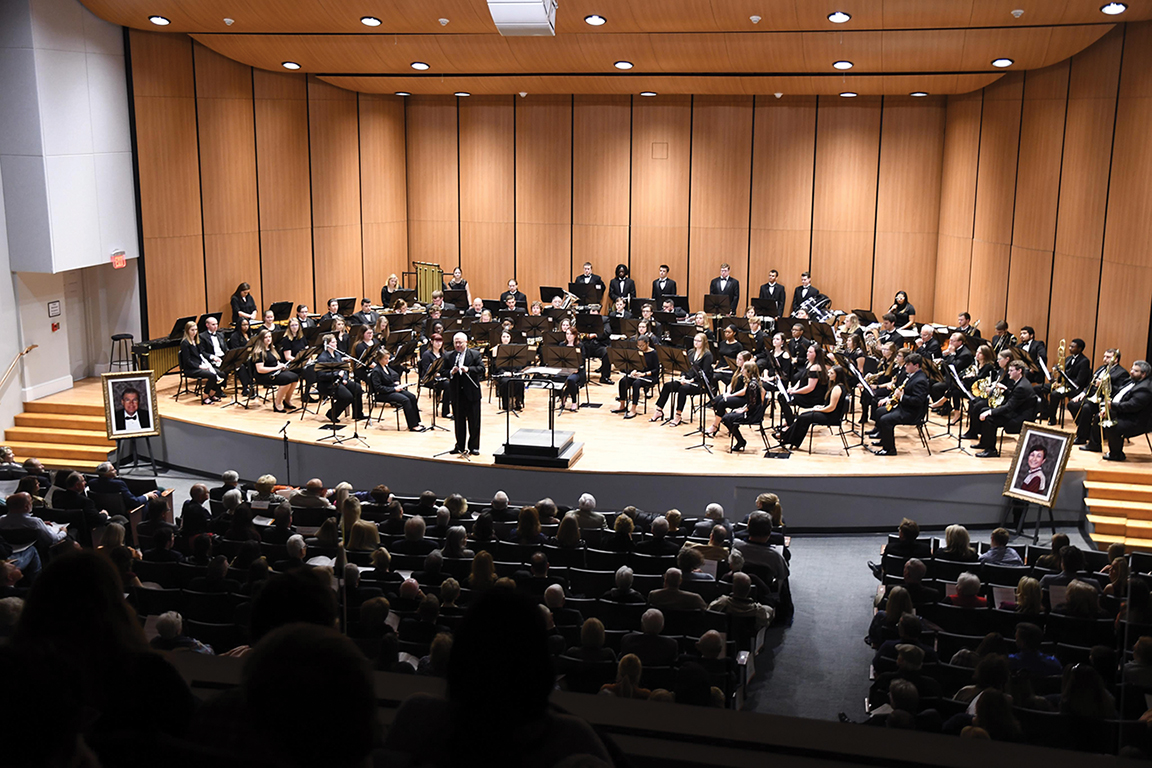 This new concert hall would be named the Hobson Performance Center, dedicated to the memory of Anne (and to their shared passion for Christian music).  The Center was dedicated on Nov. 14, 2019, with a full-house inaugural concert performed before nearly 1,000 special guests, family and friends.

“It really honors Anne’s memory,” Hobson said on opening night. “It’s exactly what she and I set out to do. She was really enthusiastic about a project that would promote the performance of Christian music and song and help teach generations of musicians. It fulfills a dream for both of us, but most importantly, it fulfills her dream. This is not about me. It’s about Anne, and it’s about Campbell. It’s something that will serve this University for a long, long time.”

The service to celebrate Hobson’s life will be private. A videotape of the service may be viewed, on or after Aug. 6, at www.skinnerandsmith.com/obituaries (view David’s obituary; then click on Tribute Wall). Hobson requested that, in lieu of flowers, memorial donations be made to The Foundation of FirstHealth/Hospice & Palliative Care, 150 Applecross Road, Pinehurst, NC  28374.

Arrangements are in the care of Skinner & Smith Funeral Home in Dunn.  Condolences may be shared and viewed on line at www.skinnerandsmith.com.