Following in the footsteps of more than 700 alumni before them, 11 new Campbell Divinity School students received their Celtic cross pins Tuesday in the first steps of their theological education.

Gregory Rogers, pastor of Oakmont Baptist Church in Greenville, delivered the message for the School’s annual Spring Commissioning Service; his message was one of both caution and encouragement for the students who had accepted God’s calling into their lives.

“I think that all of us have a little bit of Jonah in us,” said Rogers, who has served as Oakmont’s pastor for nearly 32 years. “We hear — we sense — the call of God in our lives, and there’s a part of us that when we hear that call want to tuck tail and run.”

Rogers left the students with a simple message: “Following God’s call really is a battle, I think, with the voices within and the voices without. Keep your eyes fixed on Jesus.”

Ben Fuller, one of the new students, said he came to Campbell seeking the call of God. Out of college, he began working for a company selling industrial supplies, but didn’t feel the fulfillment he was seeking. Serving as a Sunday school teacher and deacon drew him into ministry, where he began to find that fulfillment.

He doesn’t have a specific moment that he points to but rather feels his walk-in ministry has been continuing to ask God, “Should I keep going? Should I keep trying? Is this something you want me to do?”

Fuller said he doesn’t see himself as a preacher. Instead, he feels called to individual ministry; the disciple Andrew stands out to him as a Biblical basis for his ministry. 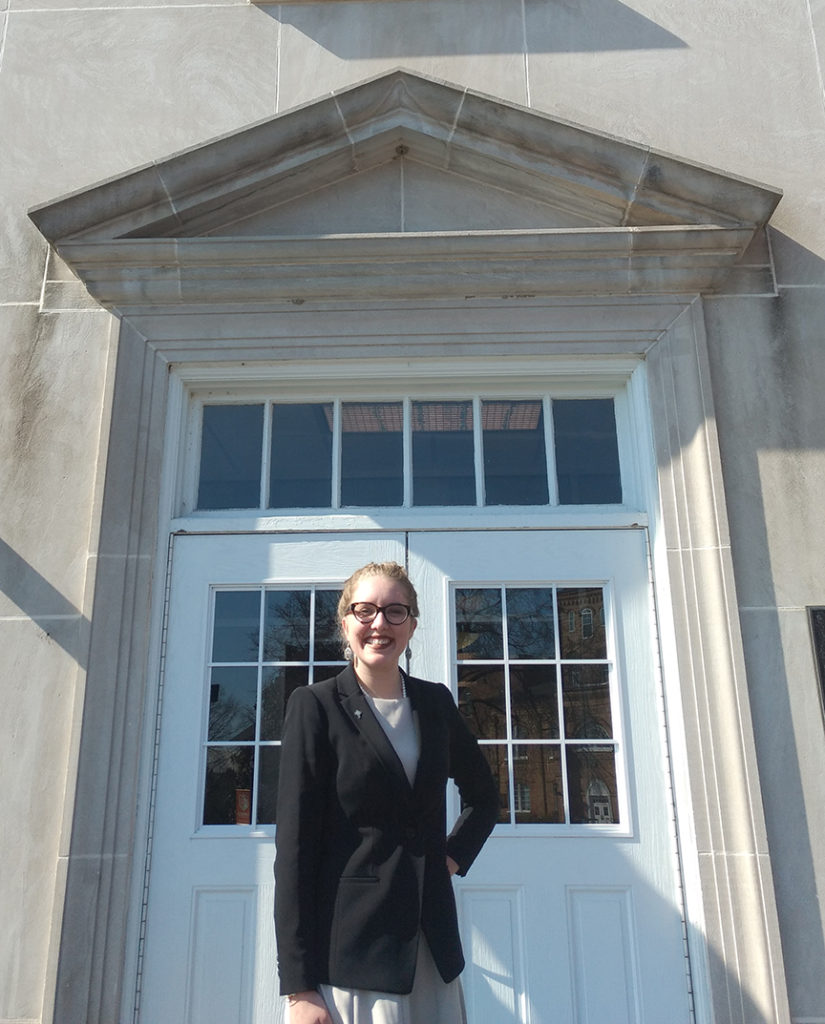 “Every time Andrew’s mentioned, he’s bringing an individual to Christ,” Fuller said. “Just bringing one person. I want to work with people one-on-one, so I can pour in and provide the help they need.”

Rebecca Freeze, also commissioned on Tuesday, similarly felt a gradual call into ministry. She received her undergraduate degree in Christian studies from Campbell, but was attending classes at the school long before that — her father earned his Master of Divinity from Campbell and would bring her to school with him when she was younger.

“I think if anything, Campbell itself was introduced to me when I came here with my Dad, and as a Christian studies member, I was able to feel the sense of community that comes from it.”

Freeze came to Campbell for Divinity School in part on the advice of an admissions counselor who told her to go where she feels at peace. She was considering a few options after finishing her Christian studies degree, but “God closed those doors,” and she became convinced that Divinity School was the right option. She credits her family with her desire to pursue ministry.

“There was never any pressure that I had to do that,” Freeze said. “They were always very supportive, but being a preacher’s kid growing up in ministry sticks with you and stays with you. It’s not something you forget about.”

At first, she didn’t want to go into ministry, but, “It can be very easy to run from the church because you see it behind closed doors. You see how it can affect a family. I tried to run away from it in the beginning, but I was brought back into it.”

Freeze said she considers herself a go-getter, and Philippians 3:14 stands out to her when thinking about her ministry and her relationship with Christ: I press on toward the goal to win the prize for which God has called me heavenward in Christ Jesus.

Divinity School Dean Andrew Wakefield, and Derek Hogan, assistant dean and assistant professor of New Testament, pinned each of the new students during the service. The 11 students received a Celtic cross pin “as a symbol of the Divinity School’s commitment to providing theological education that is Christ-centered, Bible-based and ministry focused. A symbol for each of us to take up our crosses and follow Christ,” Hogan said.

Tony Cartledge, professor of Old Testament, offered the Prayer of Commissioning where he prayed for the students to be “called like Abraham, to a place we know not where and opportunities we have yet to discover. Called into the promise land of ministry you have prepared for us.”