HUNTSVILLE, ALABAMA — For their first time on the terrain, Campbell’s School of Engineering students and their handmade lunar rover fared pretty well.

The students were rookie competitors in NASA’s Human Rover Exploration Rover Challenge (HERC) on April 13, at the Marshall Space Center in Alabama. The students competed against more than 100 universities and colleges from around the country is a competition testing their self-built rovers on a timed course mimicking different other-worldly terrains. Each team featured two pilots — one man, one woman — and had to finish the course in under seven minutes to earn points and a chance to win it all.

While Campbell’s rover didn’t hit the seven-minute mark, the team took solace in the fact that no first-time schools hit the mark either. This was a learning year, according to Lee Rynearson — assistant professor of engineering and the faculty mentor for the group — and his students left Huntsville with a memorable experience and a ton of new knowledge for future competitions. 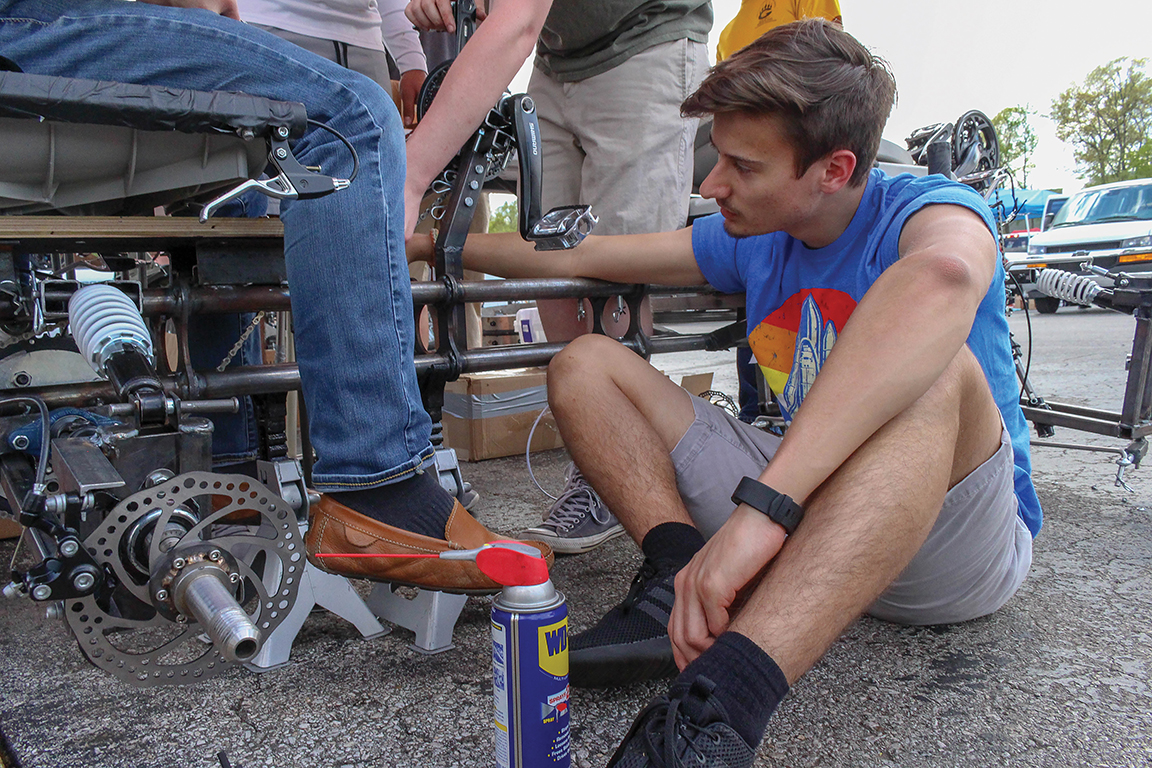 “There was a lot of growth for our program … we consider this a building year,” Rynearson said. “We went, we saw how it’s done, and we became a better team because of it.”

Campbell’s HERC Team has spent the past several months diligently working on their two rovers, designed to be completely human-powered. Due to technical issues, one of the rovers was unable to race on April 12, the first day of competition. However, on April 13, both rovers completed the course. The team received an N.C. Space Grant Team Experience award last November to fund their participation in the NASA event. The award encourages engineering programs to take part in more hands-on, team-building experiences.

Sophomore Ethan Barry, an executive officer on the project, said he learned a lot from the entire design process of the rover, which involved a lot of trial and error.

“We learned through mistake after mistake that our design, which we believed to be adequate, was riddled with flaws,” Berry said. “Unfortunately, we saw the design phase as just something that we had to do instead of something that was paramount to the success of the project. This problem was addressed on our second iteration of the rover and yielded a far superior product.”

Superior, but still flawed. And those flaws became more obvious to the team as they watched their competition fail and succeed. For instance, the Campbell team used steel for the frame, rather than lighter (more expensive) materials such as carbon fibers and aluminum.

Working together to overcome those flaws played a big part in the “team-building” experience, according to freshman Brittany Tate, one of the pilots.

“This experience offered a chance of leadership in my first year of college and gain experiences to do a better job for next year,” Tate said. “I think our team structure needs improvement which will increase productivity for next year. We also need to work on including females for the build of the rovers. I learned that miscommunication in a team will cause everyone to be confused which leads to arguments. I think this can be fixed with a better team structure.”

“It was definitely a process that we learned from,” added junior Jacob Ruesch, the lead engineer for the suspension crew, “and we plan on improving our team dynamics for next year.”

In addition to competing in the event in Huntsville, the group had the opportunity to tour Redstone Arsenal and visit the U.S. Space and Rocket Center.

“We are so proud of these students and grateful to their mentor, Lee Rynearson, as well as our sponsors — the U.S. Army Research Lab and the N.C. Space Grant Consortium,” School of Engineering Founding Dean Jenna Carpenter said. “They represented Campbell well, learned a tremendous amount, and are already looking forward to next year.” 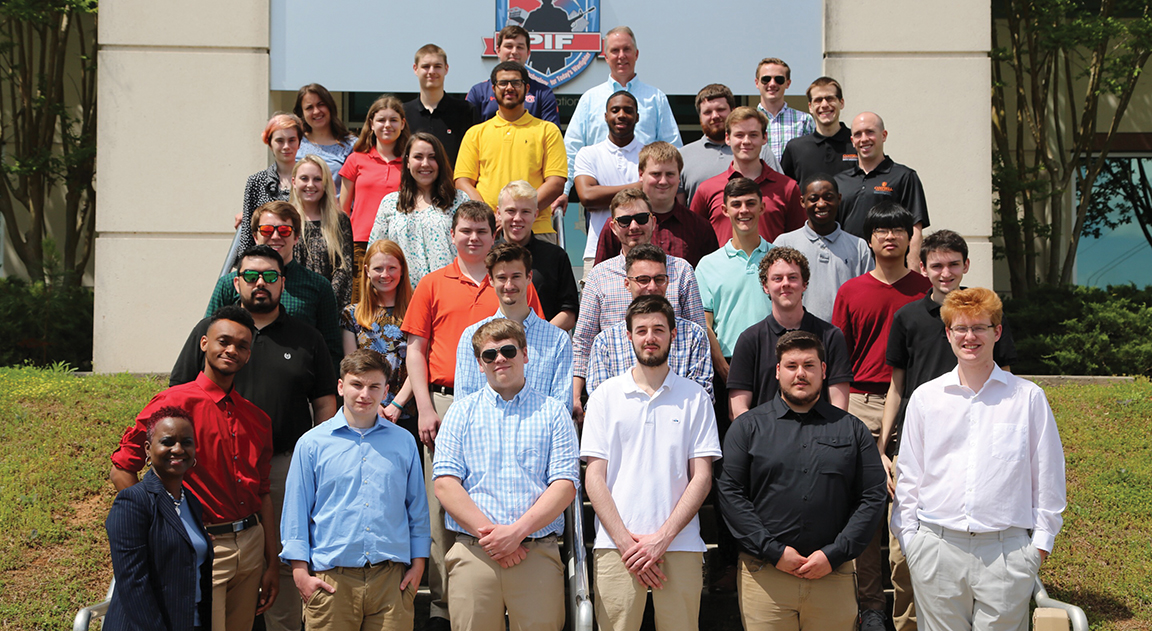