Campbell took home the Project Review Award and the Ingenuity Award in the college/university division, besting schools from all over the world in those categories. The awards are the program’s first in only its third year competing in the challenge.

Engineering Dean Dr. Jenna Carpenter said she was proud of Campbell’s HERC team, which she said spent “many, many hours” outside the classroom not only building their rover, but writing reports, making presentations, and engaging in outreach activities with K-12 students.

“We are particularly pleased that they were recognized for their outstanding written and oral communication skills and for ingenuity in solving difficult problems in innovative ways,” Carpenter said. “We emphasize both of these skills throughout our innovative curriculum. And, of course, this team would not exist with their outstanding faculty mentor, Dr. Lee Rynearson.”

Rynearson said he knew they had a strong team heading into this year’s event, having put in effort to iterate and improve on designs and documentation; but he also knew the competition — which consisted of 43 U.S. and international colleges and universities — would be stiff.

“We thought we might be in the running if we took what we have learned in previous years and brought our full effort to bear,” he said. “Winning two of the nine awards categories shows that student engineers from our program can compete and win against some of the best other young engineers from around the world. I am very proud of the work of our team and the recognition that they have earned.” 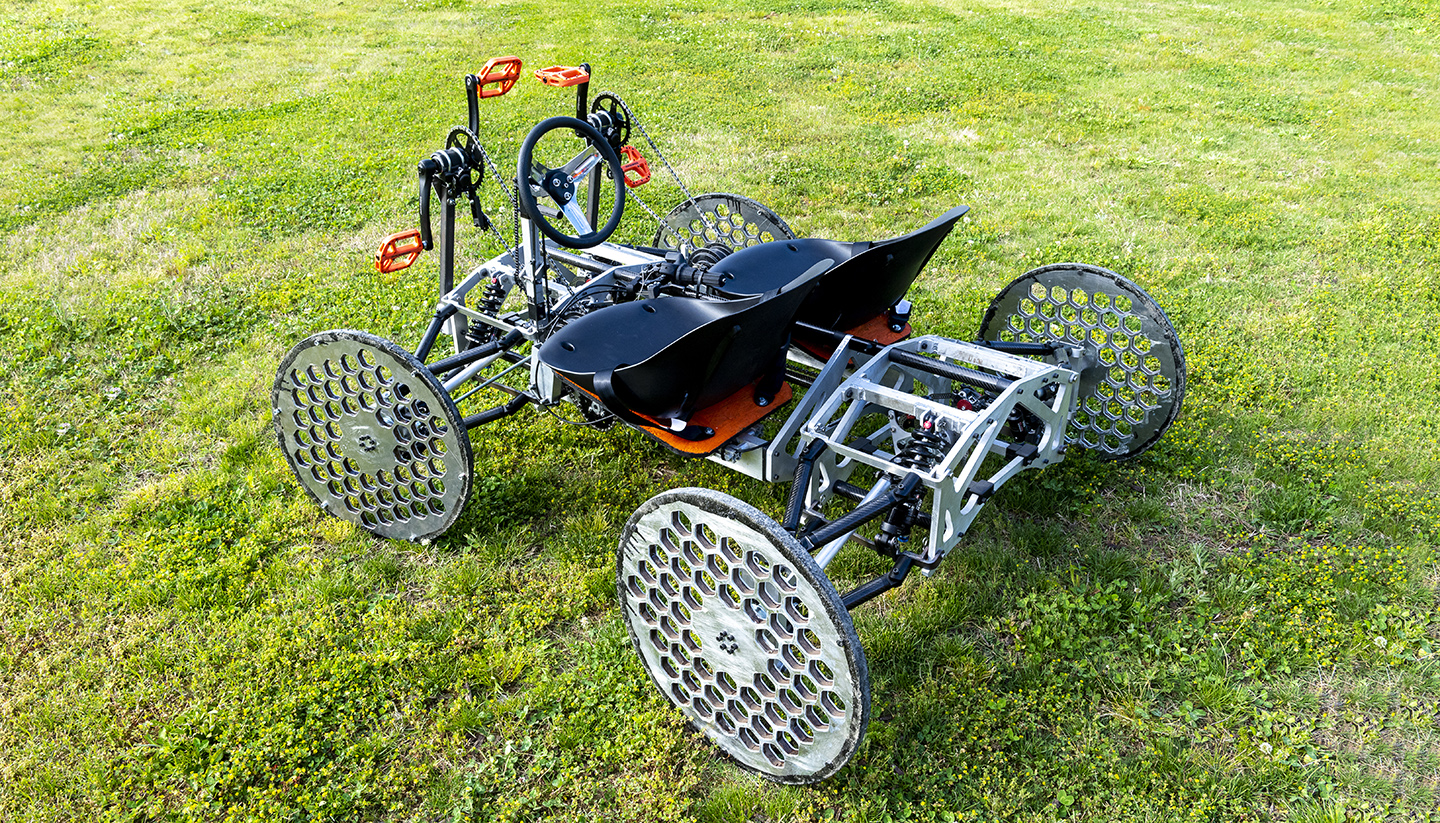 The annual NASA HERC event encourages student teams from the United States and around the world to push the limits of innovation and imagine what it will take to explore the Moon, Mars and other worlds in the universe. Despite the cancellation of on-site competition activities at the U.S. Space & Rocket Center near NASA’s Marshall Space Flight Center in Huntsville, Alabama, due to the global COVID-19 pandemic, the high school and college teams competed in multiple design, documentation and presentation categories, and were recognized for their successful efforts.

The awards were a fitting end to senior mechanical engineering senior Ethan Barry’s college career. Barry has been a part of the program since 2017 and was part of the first team that competed in Alabama in 2019. He said the pandemic altered the way the team had to operate in the last two years, but he was proud of the way it adapted and overcame challenges to create a strong rover.

“The two awards we won — innovation and documentation — were the culmination of many hours of hard work and dedication,” Barry said. “Our rover is innovative in the sense of material, included features and sleek design. It consists mostly of carbon fiber and aluminum, both of which were selected for their favorable strength to weight ratio. We included features like four-wheel drive, continuously variable transmissions and a rack and pinion steering system.

“For documentation, we simply recorded the entire process in a reasonable manner, compiled this information into cohesive reports for NASA, and presented our report virtually to a panel of judges. Campbell prepared us well to draft technical documents and present as a team.”

Christian Ruesch, the lead engineer on the team and a mechanical engineering senior, said he was “unbelievably proud” of the team that he said has grown considerably.

“The legacy of myself and the other graduating seniors on the team will live on through the mentorship and training we imparted on the younger classes of engineers,” he said. “Their potential for greatness is incalculable, and I look forward to seeing how they use it to move the team into new levels of excellence.”