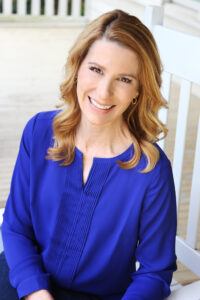 Cooper grew up in Oklahoma City, daughter to an artist and a Vietnam War veteran, along with her three younger sisters, according to her official bio. Cooper earned her undergraduate degree from the University of Oklahoma before moving to North Carolina to attend Campbell Law School.

After earning her JD in 1982, Cooper worked as a staff attorney at the Oklahoma State Legislature and then the North Carolina General Assembly. Since 2003, Cooper has served as a guardian ad litem for children in Wake County. The guardian ad litem program protects at-risk children from abuse and neglect.

Cooper uses her position as the First Lady of North Carolina to advocate on behalf of children in the state, focusing on foster care, child abuse and neglect, hunger and literacy. Cooper also has a passion for wildlife and the arts. She has worked with Audubon North Carolina, the North Carolina Arts Council and the Raleigh Little Theatre.

Tickets to the 2019 Everett Gala to celebrate Cooper’s efforts in the North Carolina legal community are available to the public at the following link http://bit.ly/2019EverettGala.

Judge Everett began his career as a Judge Advocate in the United States Air Force during the Korean War. He was appointed by President Jimmy Carter to the serve as a senior judge for the Court of Appeals for the Armed Services and as a Commissioner and then Chief Judge for the United States Court of Military Appeals (now the Court of Appeals for the Armed Forces) from 1980 until 1990. He was the author of the textbook Military Justice in the Armed Forces of the United States, and of numerous articles on military law, criminal procedure, evidence and other legal topics. As a practicing attorney, Judge Everett was actively involved in redistricting litigation. As both counsel and plaintiff, he twice successfully challenged in the U.S. Supreme Court congressional districts drawn by the North Carolina General Assembly that violated the Fourteenth Amendment of the U.S. Constitution. Throughout his career, Judge Everett taught at Duke University for more than 50 years teaching numerous legal topics. Judge Everett lived his life to the fullest as a father, husband, advocate, and a man devoted to serving the community around him.

Delta Theta Phi, an international law fraternity founded in 1913, has provided forums in more than 200 law schools for students, lawyers and other members of the profession of law to network, exchange ideas and create lifelong professional affiliations and personal friendships.

Chief Judge of the Fourth Circuit Court of Appeals

Clerk of the Supreme Court of the United States

Chief Justice of the Supreme Court of North Carolina

United States Attorney for the EDNC

Since its founding in 1976, Campbell Law has developed lawyers who possess moral conviction, social compassion, and professional competence, and who view the law as a calling to serve others. Among its accolades, the school has been recognized by the American Bar Association (ABA) as having the nation’s top Professionalism Program and by the American Academy of Trial Lawyers for having the nation’s best Trial Advocacy Program. Campbell Law boasts more than 4,200 alumni, who make their home in nearly all 50 states and beyond. In 2019, Campbell Law is celebrating 40 years of graduating legal leaders and 10 years of being located in a state-of-the-art facility in the heart of North Carolina’s Capital City.