The board approved the promotions of Osborn and Kent to full professors and granted Tilly and Bolitho tenure and promotions to associate professors on Oct. 23.

Campbell Law Dean J. Rich Leonard said, “I am delighted that Professors Tilly, Bolitho, Osborn and Kent have reached these milestones. They are all true leaders who are taking our school to new heights.” 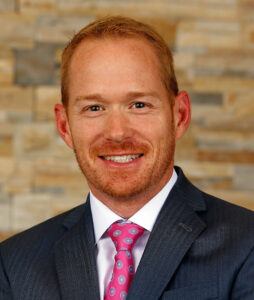 Professor Tilly is an experienced litigator and trial attorney who teaches students the application of evidence, procedure and advocacy in the courtroom. He came to Campbell Law from private law practice in Texas where he litigated claims in civil trial courts involving a range of legal issues including real estate disputes, construction defects, personal injury claims and medical malpractice torts. During his practice, Tilly represented clients on both the plaintiff and defense side of the docket for cases taken to trial, arbitrated or resolved through mediation. While in private practice he also worked as an adjunct professor at Baylor School of Law teaching core principles of real property to first year students. He was also instrumental in developing the second year trial advocacy program at Baylor by teaching mock trial competitors the fundamentals of advocacy, evidence and procedure in a courtroom environment. Tilly serves as the Director of Advocacy Programs at Campbell School of Law.

Tilly earned his degree in political science from the University of Texas and thereafter began working in politics and government in Austin, Texas. He served as the deputy director of the statewide campaign for a Texas Supreme Court justice and campaign manager for two members of the Texas House of Representatives. He later served as a chief of staff in the Texas legislature. Tilly earned a J.D. from Baylor School of Law graduating with honors. As a student he served as a senior executive editor of the law review, competed as a mock trial advocate, and published an article concerning the rights of adoptive children.

He and his wife have been married since graduating from college and have three boys. He has served on numerous boards and participates in his local community remaining actively involved in public policy discourse and debate.

Professor Bolitho joined the Campbell Law faculty after developing a reputation as a skilled trial and appellate lawyer. He teaches courses in Criminal Procedure, Criminal Law, Evidence, Federal Courts, and Trial Advocacy. Bolitho is an accomplished teacher, having been named “Professor of the Year” three times (2014-15, 2015-16, 2018-19) following a vote of the student body.

Before becoming a federal prosecutor, Bolitho was a litigation associate with the law firm Jones Day and a law clerk to Judge David W. McKeague of the U.S. Court of Appeals for the Sixth Circuit. 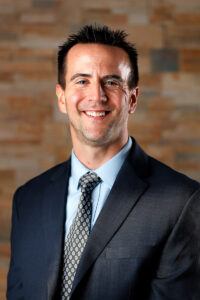 Professor Osborn is an expert in the area of Intellectual Property Law, with a focus on Patent Law. He has authored over a dozen articles on intellectual property law, presented his research on three continents, and been quoted in the Wall Street Journal, Bloomberg News and local publications. His scholarship is highly cited and appears in law reviews such as Notre Dame Law Review, U.C. Davis Law Review, Cardozo Law Review, San Diego Law Review, and Stanford Technology Law Review.

Osborn serves as the founder and director of Campbell Law School’s Intellectual Property Law Program. Before coming to Campbell Law, he clerked for the Honorable Kenneth M. Hoyt on the United States District Court for the Southern District of Texas and served as an attorney in the Intellectual Property section of Fulbright & Jaworski in Houston, Texas (now Norton Rose Fulbright). At Fulbright, his practice focused on patent litigation, patent prosecution and intellectual property licensing. He is also licensed to practice in front of the U.S. Patent and Trademark office.

His most recent works explore three-dimensional printing, or 3D printing, and other digital technology affects the law, particularly intellectual property law. His first book on the topic with the Cambridge University Press was recently released: “3D Printing and Intellectual Property: Distruption, Doctrine, and Policy.” Professor Osborn also serves on the Confidentiality Commission within the Organisation for the Prohibition of Chemical Weapons.

He earned his J.D. from Harvard Law School and holds a B.S. in Chemical Engineering from Texas A&M University. 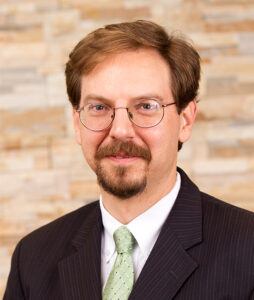 Professor Kent joined the Campbell Law School faculty prior to the fall 2013 semester. He teaches courses in Property, Environmental Law, Land Use Regulation, Local Government Law and Wills & Trusts. His research has focused primarily on eminent domain, regulatory takings, and land use issues.

Prior to Campbell Law, Kent was a tenured faculty member at Atlanta’s John Marshall Law School, teaching courses in Real Property, Land Use Planning, Local Government Law, and Wills, Trusts & Estates. For several years, he also led courses in Professional Responsibility, and he is a past Fellow of the National Institute for Teaching Ethics and Professionalism.

Kent served as a visiting professor at Stetson University College of Law from 2009-10, where he also taught courses in Real Property, Local Government Law, and Trusts & Estates.

Kent held nearly 10 years of legal experience before joining the academy, most recently with Tisinger, Tisinger, Vance & Greer in West Georgia, where his practice focused primarily on real estate development, land use, local government, and public utility regulation. Before entering private practice, Kent clerked for Judge J. Owen Forrester of the United States District Court for the Northern District of Georgia, as well as for Judge Emmett Ripley Cox of the United States Court of Appeals for the Eleventh Circuit.

As a law student, Kent received the Marion F. Smith School of Law Scholarship, served as Articles Editor for the Georgia Law Review, and was inducted into the Order of the Coif.

Since its founding in 1976, Campbell Law has developed lawyers who possess moral conviction, social compassion, and professional competence, and who view the law as a calling to serve others. Among its accolades, the school has been recognized by the American Bar Association (ABA) as having the nation’s top Professionalism Program and by the American Academy of Trial Lawyers for having the nation’s best Trial Advocacy Program. Campbell Law boasts more than 4,200 alumni, who make their home in nearly all 50 states and beyond. In 2019, Campbell Law is celebrating 40 years of graduating legal leaders and 10 years of being located in a state-of-the-art facility in the heart of North Carolina’s Capital City.