Bridgette Lott was looking forward to a relaxing evening celebrating her daughter’s birthday when a strange turn of events led to a big break in a case of fraud she’d been working on for months. Instead of celebrating at the local Olive Garden, Lott ended the night identifying a group of ATM skimmers — with her daughter in tow.

Lott, a senior agent with the South Carolina Law Enforcement Division, led one of six presentations Thursday at the 2019 Raleigh BSA & Fraud Symposium held in Campbell University’s Scott Concert Hall. This year’s event was hosted by Campbell in conjunction with Fidelity Bank and the North Carolina State Bar.

Lott was one of seven speakers to take the stage at the symposium. Others shared their expertise in areas of artificial intelligence, cyber fraud prevention, elder abuse and agency investigations, in between breaks for networking between experts, attendees and students in the Rumley Center. The event included agents and investigators from multiple agencies including FBI, United States Secret Service, SBI, IRS, United States Marshal Service along with local law enforcement officers and private sector investigators.

Lott — whose specialty is identifying and tracing pinhole cameras and other tech devices that skimmers use to copy credit card information from unsuspecting ATM, bank and gas station customers — presented her case study on “ATM Skimmers and Roma Gypsies” Thursday. She said she uses social media and GPS warrants to track perpetrators until they are caught, usually with the help of cell phone pictures and their online posts.

“These people can see up to $4,000 to $128,000 in cash-outs depending on how long it takes us to track them down,” Lott explained to the group of mostly bankers and law enforcement officers. “I’ve been hit twice in the last year at gas pumps, and now I am constantly on the alert for skimmers and cameras. You just never know.” 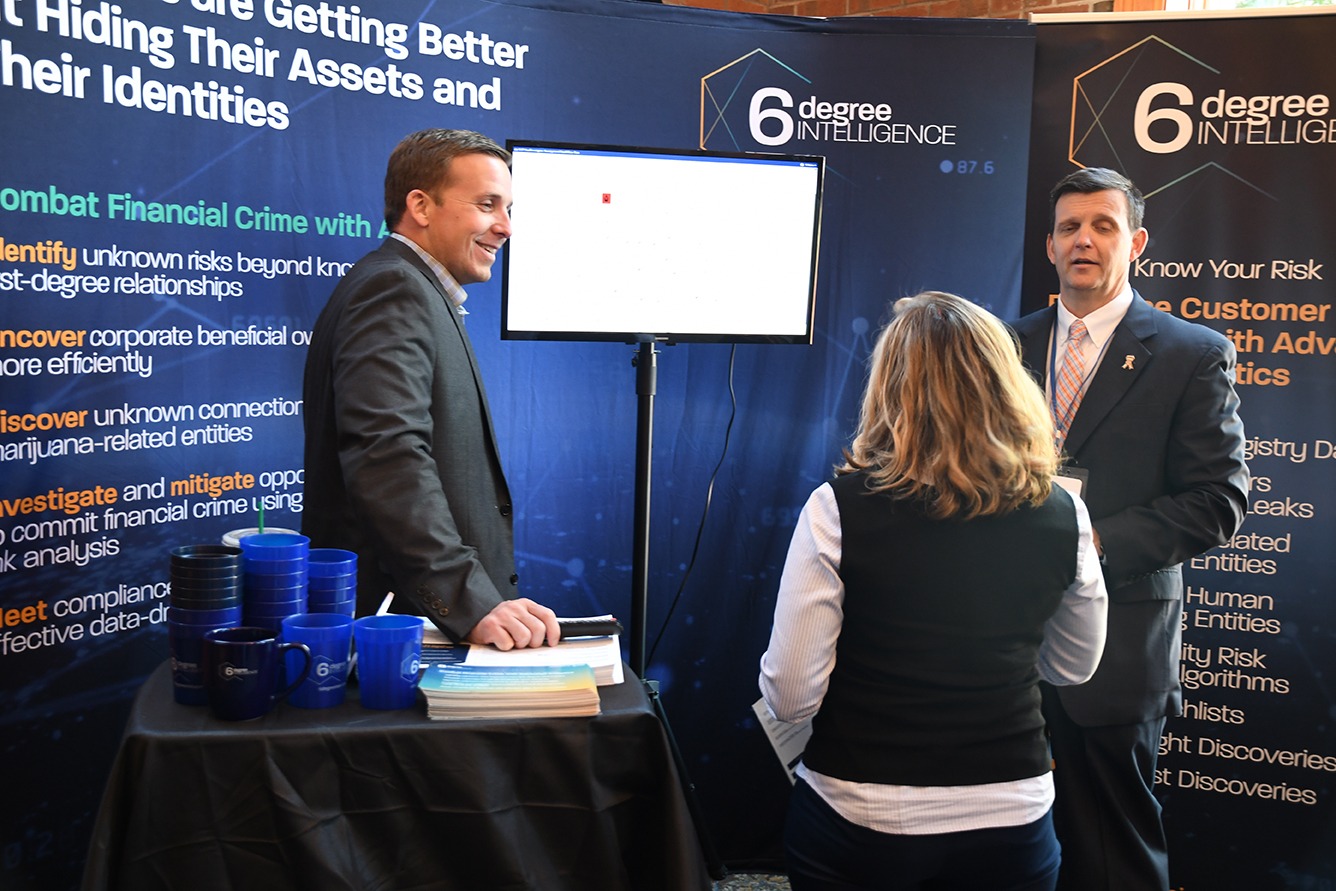 Lott’s interactive presentation allowed the audience to try their hand at identifying compromised ATM machines. Most pinhole cameras, she said, are simply adhered to machines, but to the untrained eye they are easy to ignore and are only found when cards get stuck on them. Criminals have to circle back and retrieve most of these battery-powered cameras to get data, but some gas pump skimmers use bluetooth and scammers are less likely to be caught.

Lott personally examines every gas pump she visits with a key that opens the menu — you can buy your own online, she says. Data is collected with these devices and used to make duplicate cards.

Marshall, North Carolina’s Secretary of State since 1997 and a 1981 graduate of Campbell’s law school, shared the exhausting work her department performs to keep up with the more than 215,000 registered brokers and 17,000 investment advisers who are licensed to work in the state. Many of them, she said, may have never stepped foot in North Carolina, but are required to register in the state if their clients or customers live here.

And a good number of them, unfortunately, do not have their customers’ best interests in mind.

“We’ve chased crooks from all over the country — investment crooks who fit the classic mode, also known as scam artists,” Marshall said. “I will tell you, one of the most fun things I get to do is talk to lawyers from the northern states (mostly New York) who think they can B.S. their way through a phone call when we’ve charged their client with a crime. We sent an individual to Surry County recently — if he thought Raleigh was podunk, you should have seen him in Surry County. He was cussing and fussing all the way to jail.” 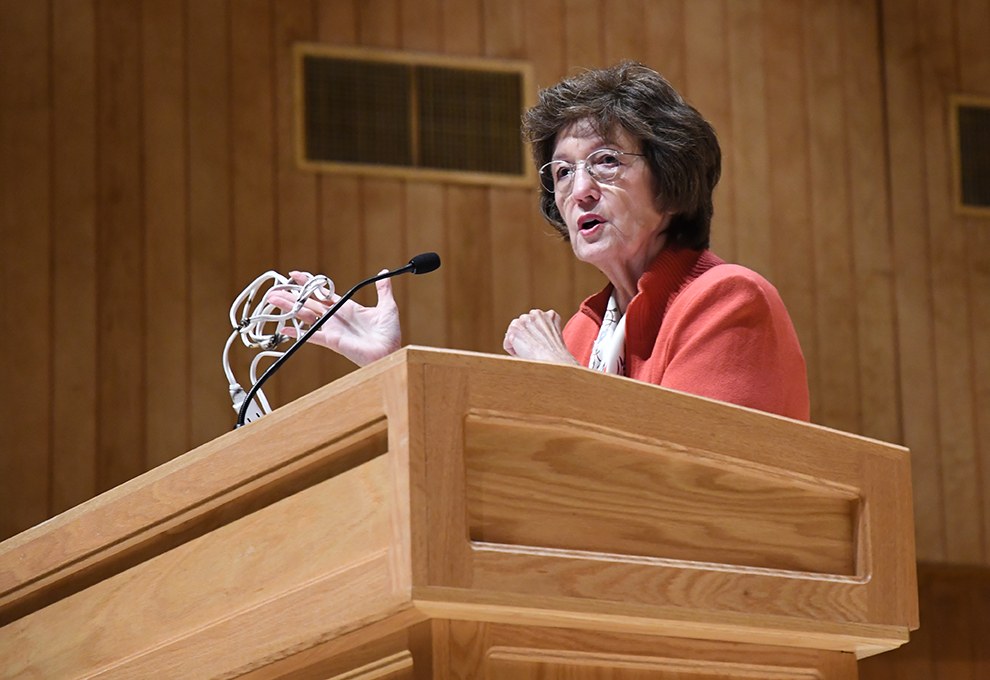 Marshall shared Ponzi scheme stories, recent cases against high-profile athlete agents and a recent arrest of a North Carolina church pastor after millions of dollars in counterfeit Cartier watches were confiscated in Chapel Hill. She said the bust was the seizure made by agents with the Anti-Counterfeit Trademark Task Force since it was established in 2004. The more than 3,000 watches carried an estimated retail value of $24.4 million (if they were real).

She ended her time on stage pointing out how counterfeit products can also be a danger to consumers. She held up a poorly made electric cord and said products like it can — and have — burn down a home.

“I pray nobody loses their life over fake electrical products,” she said. “You just don’t know what you’re buying. We expect the products we buy to be safe, and if we don’t stand up to these fake goods, that’ll no longer be true. Our trust in the system to keep us safe will be destroyed.”