Omar Banks has been named Campbell University’s director of athletics, overseeing 21 Division I programs and more than 400 student-athletes.

The former executive associate athletics director at Virginia Tech will be formally announced at a press conference at 11 a.m. Tuesday in the main lobby of the John W. Pope Jr. Convocation Center in Buies Creek.

“I am very honored and humbled to become a part of the Campbell University family,” Banks said Monday. “I’m excited to get started as soon as possible and look forward to getting to know our student-athletes, coaches, donors and supporters, along with the entire Campbell community. 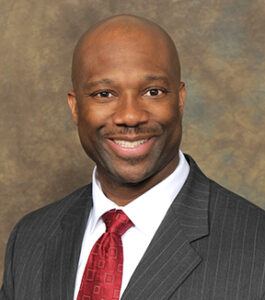 “We have all the tools at Campbell to be great, and I look forward to serving this great University to the best of my ability.”

President J. Bradley Creed said Banks’ combination of character and experience made him the right choice for Campbell Athletics, which earned the Sasser Cup this year as the top overall sports program in the Big South Conference. Campbell last earned this recognition in 1994.

“Our athletics program is on the rise, and with Omar Banks, we’re bringing in a man who has overseen the business operations and human resources for some of the biggest athletics programs in the nation — and quite successfully,” Creed said. “And in meeting him and his family, we are confident he will lead our program to the next level.”

In his role at Virginia Tech, Banks served as chief financial officer for two years in the 44th-largest collegiate athletics department in the nation. In 2018, Virginia Tech saw an $11 million increase in total revenue over the previous year and generated a surplus for the first time since 2015.

Prior to Virginia Tech, Banks served as the executive senior associate athletics director for the University of Cincinnati for eight years. At Cincinnati, he oversaw all aspects of a $61 million budget and provided strategic advisement to the athletics director on contracts, capital project financing, revenue agreements, personnel planning, departmental policies and procedures, and scholarship support for 19 sport programs. He also handled oversight for football, men’s basketball, men’s soccer, facilities, information technology, athletics equipment operations, and he managed human resource operations for more than 300 coaches, staff members, graduate assistants and volunteers. 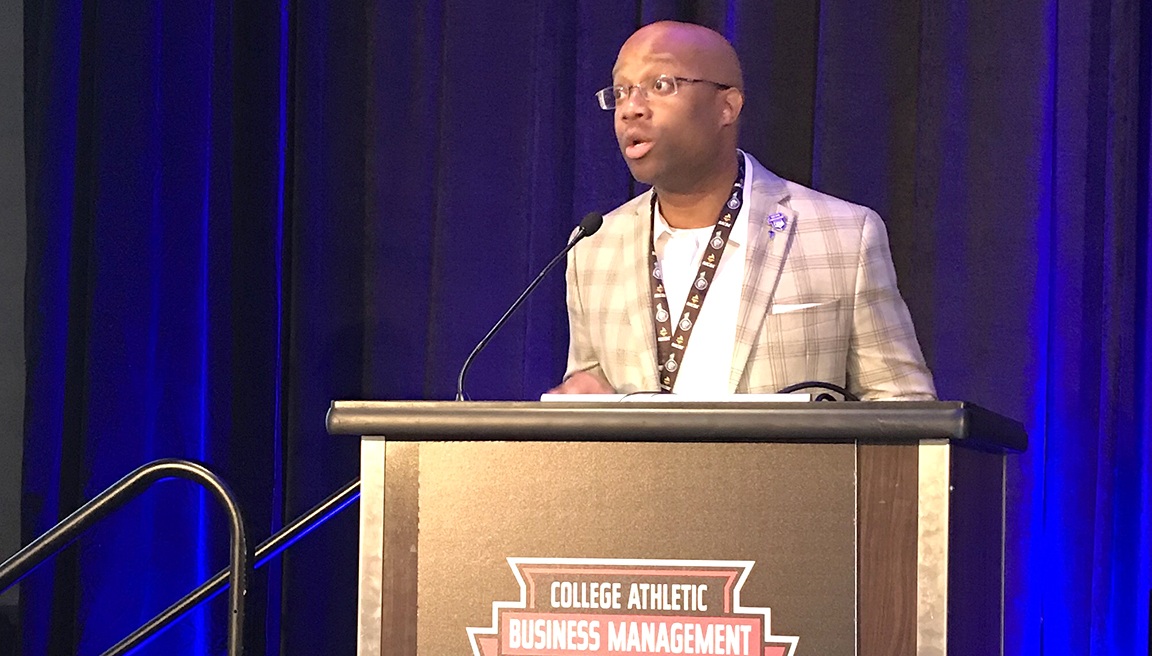 At both Cincinnati and Virginia Tech, he served under Director of Athletics Whit Babcock, who said he was elated to see Banks take the helm of his own program.

“Omar is the ideal fit for Campbell University,” Babcock said. “I am so happy for him and his family, whom I’ve known for nearly a decade. He’s worked hard for this opportunity and earned it. He’s ready.

“His values, leadership ability, experience as a former football student-athlete — along with his family ties in North Carolina — will be a tremendous asset and foundation,” he added. “Campbell University got a great man and a winner.”

A native or North Carolina, Banks began his collegiate athletics career in 1998 at NC State University as a media intern within the sports information department. Following stints as a project manager and data consultant for IBM and finance manager for Fidelity Investments, he returned to athletics in 2005 as ticket manager and fiscal administrator for Hampton University. In 2007, he moved on to Virginia Commonwealth University, where he supervised ticket operations, event management and staffing, and all accounts receivable for the athletics department.

“His management skills, breadth of knowledge of Division I athletics, work ethic and personal values — along with attention to details — made him the top candidate for this position at Campbell University,” Vice President for Student Affairs Dennis Bazemore said. “I am very pleased with the search process and the opportunity for Omar to provide leadership and continue to move forward our successful athletics department along with serving the entire campus community.”

Banks earned his undergraduate degree in business administration from the University of Richmond before earning master’s degrees in business administration and sports leadership from North Carolina Central University and Virginia Commonwealth University, respectively. Banks played football at the University of Richmond in 1993 to 1997 and once participated in the NCAA’s Leadership Institute. He also served as president of the College Athletic Business Management Association after serving one-year stints as third, second and first vice president.

Banks and his wife, Ellen, are the parents of two children — son Omar II and daughter Marianna.