Students in Dr. Karen Guzman’s Introduction to Research course packed the second floor of Campbell University Science Building this morning presenting posters that summed up a semester’s worth of studying and analyzing the published research project of their choice.

The Biology 205 poster presentations have been a popular event in Campbell’s science circles for nearly two decades now, and the idea even garnered national attention when local professors presented a workshop on the idea to the National Association of Biology Teachers in Tennessee in 2008. 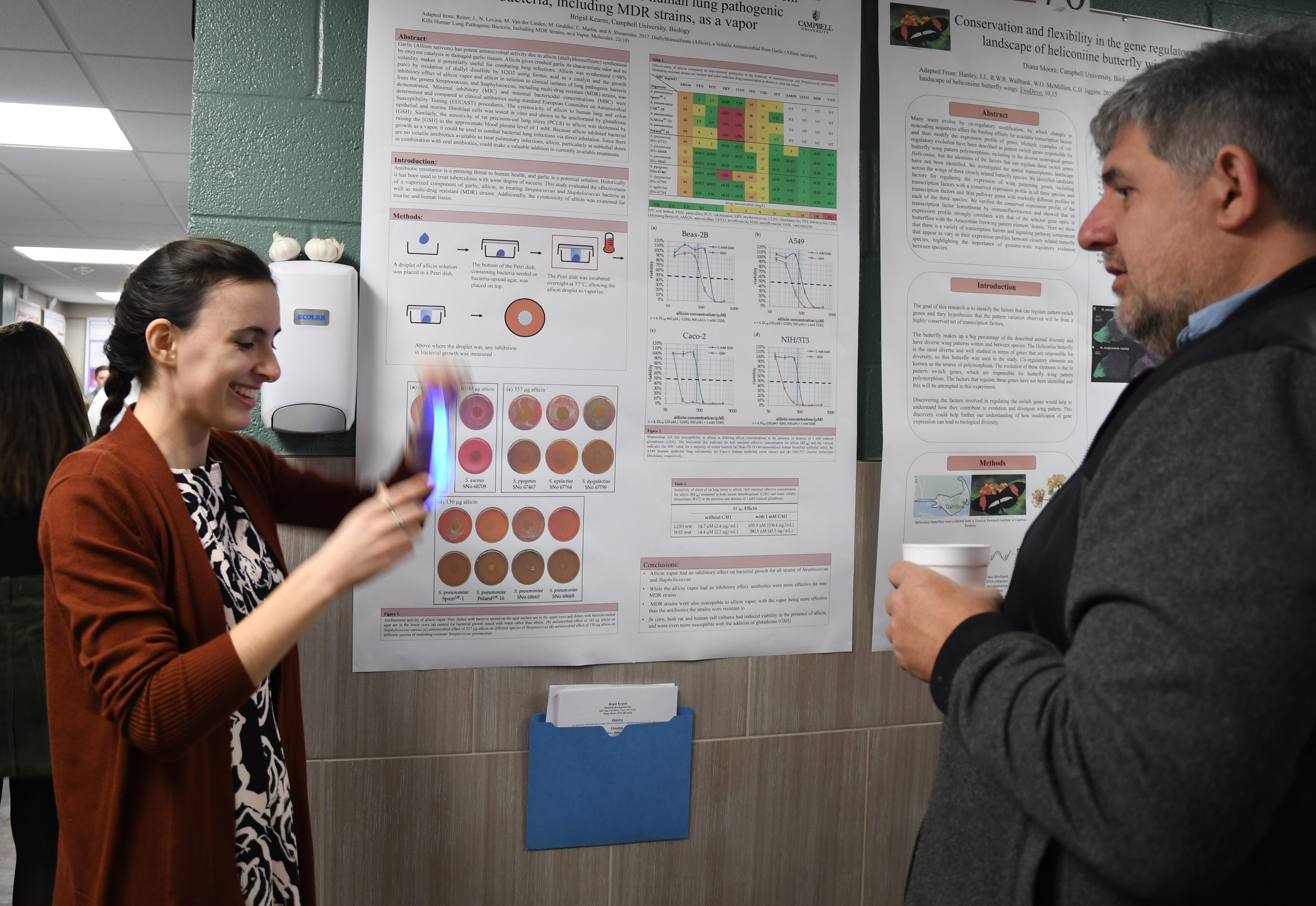 “During this course, students learn about various aspects of research,” Guzman said, “and since they don’t have time to be in the lab or the field, they analyze published research papers of their choice throughout the semester and present the findings as if they were their own.”

More than 80 students, most of them sophomores, presented posters to faculty and their fellow students Friday, with their grade determined by not only how well they knew the material, but how well they could present it and discuss it with their professors and classmates. This year’s topics were as diverse as ever, with presentations on everything from DNA repair to artificial light in horticulture and antimicrobial synthesis in garlic cloves.

“It’s a chance for the students to really get into the process of research so they can evaluate for themselves what is good science; they see how a study was performed instead of getting the final story from a textbook,” said biology professor Neil Milan. “That makes all the difference.” 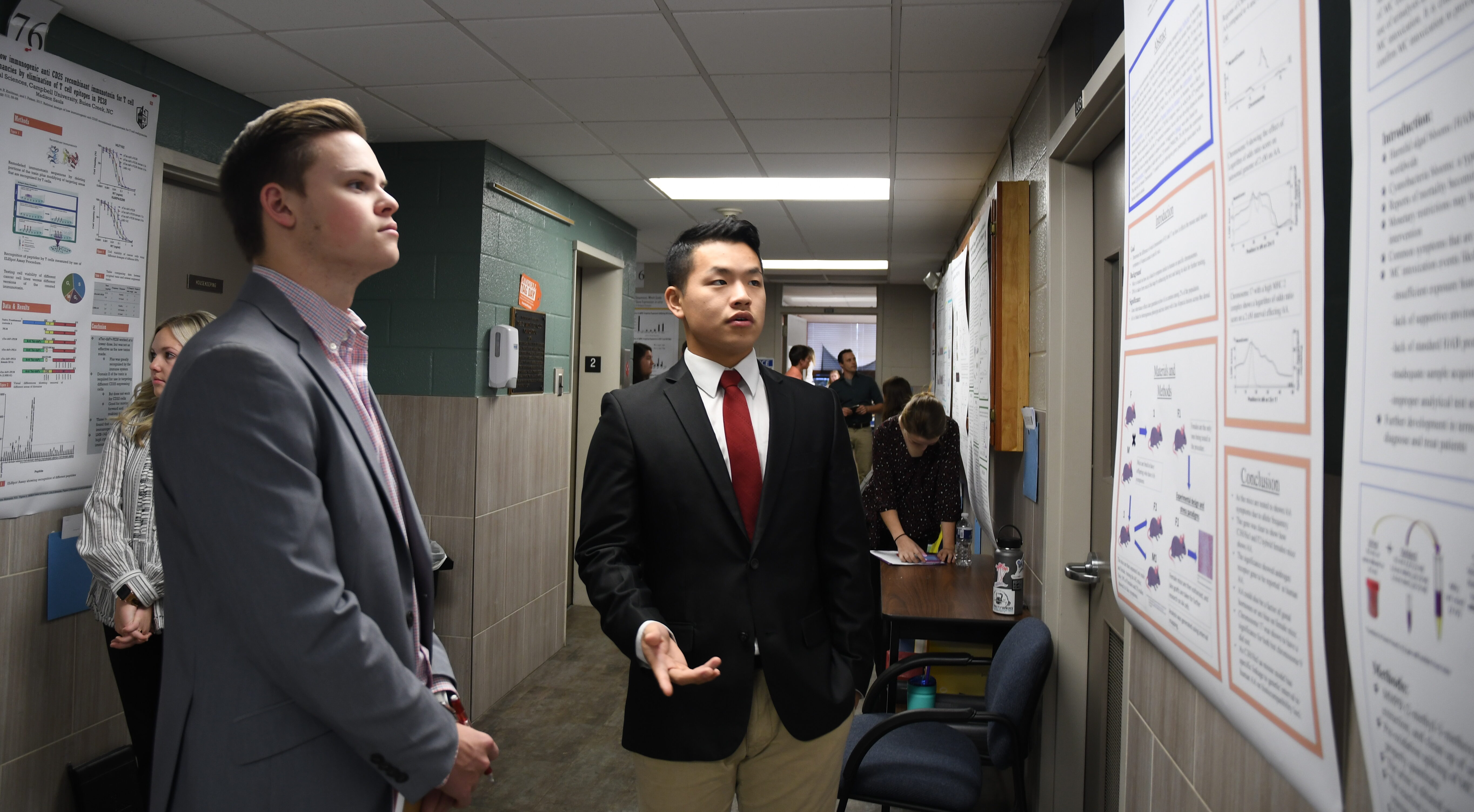 Milan teaches a senior seminar course on the scientific method that he calls “Breaking Bad Hypotheses.” His goal is to encourage students to think about the logic and philosophy behind a sound scientific experiment. According to Milan, sometimes students learn best when they see examples of unsound experimental setups and unsound conclusions. They learn to avoid the same pitfalls themselves.

Guzman’s biology course is an introduction in which students analyze completed studies, and Milan says it’s a great precursor to taking charge of their own experiments. Seniors are asked to analyze an incomplete hypothesis that is currently under investigation and explain why the study is set up the way it is. 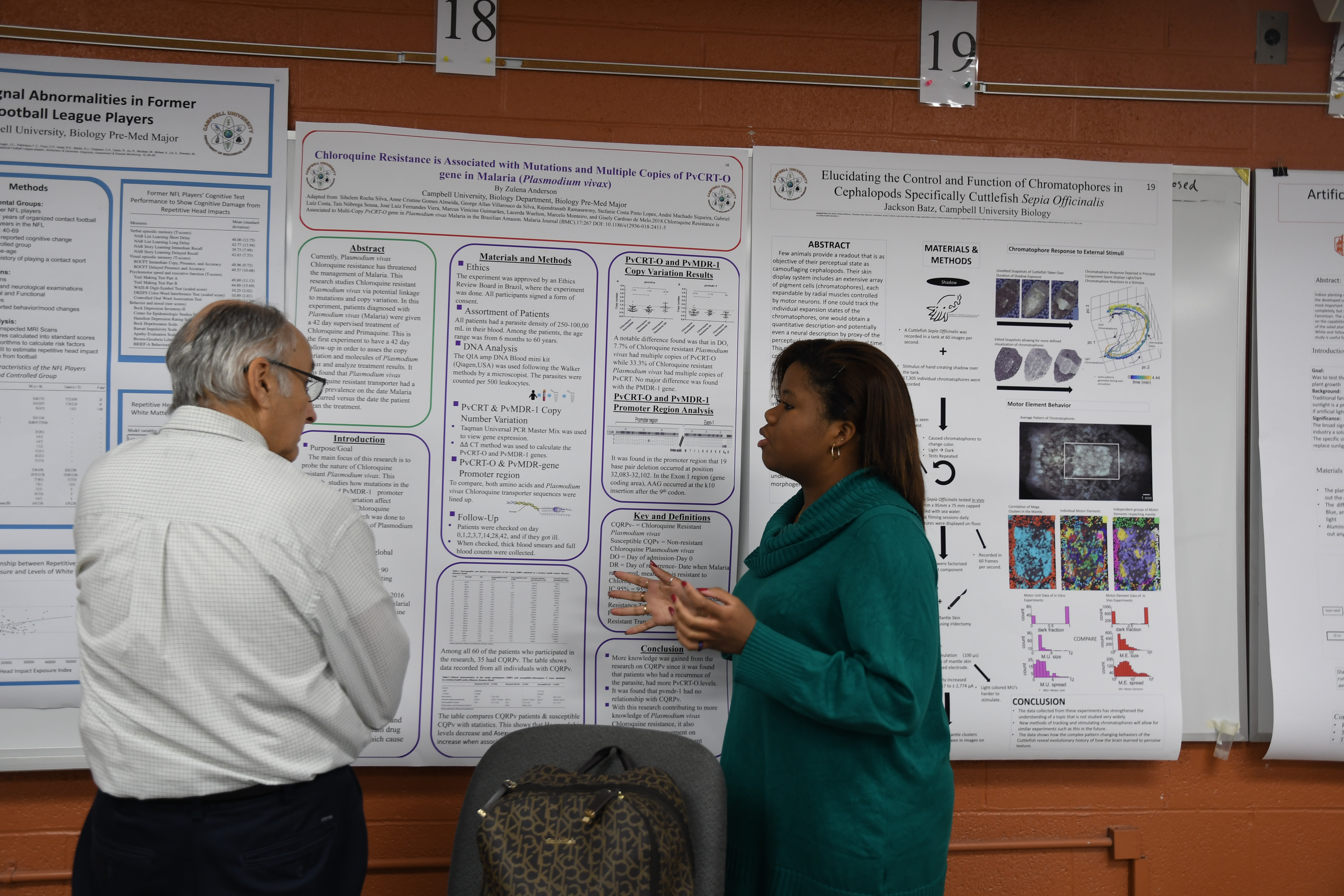 “I went to state schools,” said Milan. “At Campbell, we have more one-on-one time to correct misconceptions about scientific research that you don’t get in a lecture hall. One of the toughest things to teach is that there’s more to an experiment than ‘here is premise A, which led to B, and clearly led to C, then we found D.’ Students need to see the logical dead-ends and other things that don’t work out along the way. When you start researching how studies were conducted you get to see the ways scientists work around errors and truly evaluate their processes.”

Especially in an age where there seem to be studies to support every point of fact out there, sound processes are incredibly important.

“There is a certain amount of science literacy that people today need to have. At Campbell, our research courses provide that.” 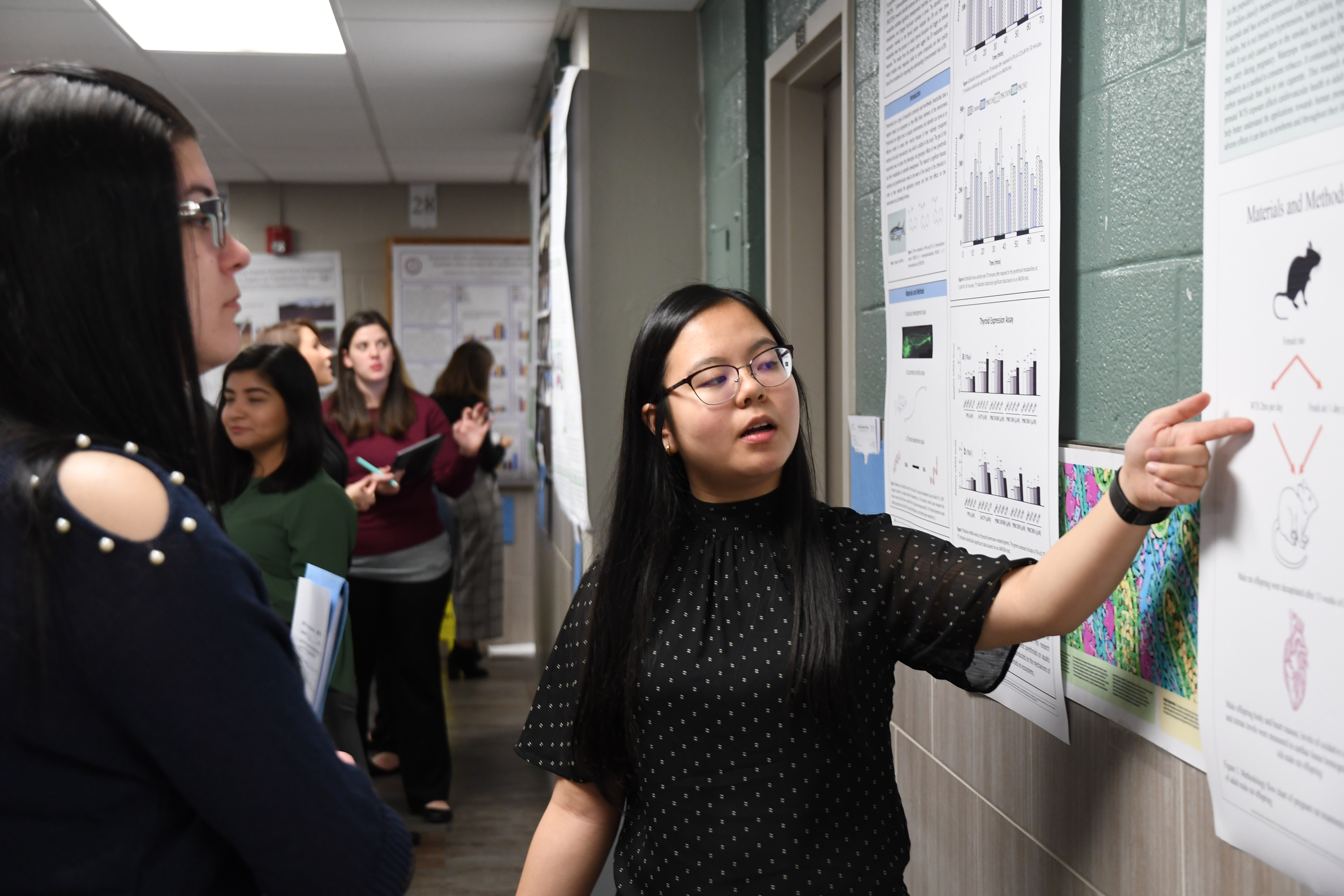