“The importance of being a sound legal writer upon entering the workforce has never been more apparent than today,” Leonard said. “The faculty and I continue to seek ways to improve our legal writing program for our current and future students. Several years ago, we expanded our legal writing program to include a third required semester that offers a more comprehensive look at legal writing, along with a more coordinated approach to all upper-level writing. I am confident Robert and Suzanna — with their combined skills, knowledge and teaching ability — will help prepare our students to serve as outstanding legal writers throughout their careers.” 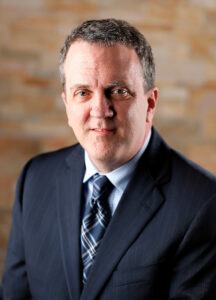 A 1987 graduate of the UNC School of Law, Montgomery also completed his undergraduate education at the University of North Carolina-Chapel Hill, earning his A.B. in Journalism and Political Science. 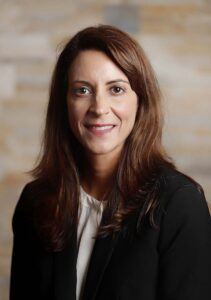 Dr. Geiser joined Campbell Law as a Professor of Legal Research and Writing in July 2019. Prior to teaching at Campbell Law, Geiser taught at the University of North Carolina, Chapel Hill in the Department of English and Comparative Literature as a Teaching Assistant Professor and Teaching Fellow. Her course package included undergraduate courses in introductory and advanced legal writing, as well as courses examining the relationship between law and literature. In 2018-2019, she served as the Writing Specialist in Campbell Law’s Legal Research and Writing Program.

Geiser earned her J.D. from the University of Iowa College of Law, where, among other roles, she served on the Editorial Board of the Journal of Gender, Race, and Justice. After graduating from UI, Geiser practiced in the private sector, focusing on corporate and transactional law.

Since its founding in 1976, Campbell Law has developed lawyers who possess moral conviction, social compassion, and professional competence, and who view the law as a calling to serve others. Among its accolades, the school has been recognized by the American Bar Association (ABA) as having the nation’s top Professionalism Program and by the American Academy of Trial Lawyers for having the nation’s best Trial Advocacy Program. Campbell Law boasts more than 4,200 alumni, who make their home in nearly all 50 states and beyond. In 2019, Campbell Law celebrated 40 years of graduating legal leaders and 10 years of being located in a state-of-the-art facility in the heart of North Carolina’s Capital City.