Soon the familiar rumble from the Sound of the Sandhills won’t be limited to its dedicated section of bleachers at Barker-Lane Stadium. The Fighting Camels stadium and pep bands are slated to hit the field as a full fledged marching band in next year.

“When football returned to Campbell, we had the opportunity to start the Sound of the Sandhills Stadium Band adding to the CU Bands program and the successful Basketball Band and Concert Ensembles, while dreaming of the day that the Stadium Band might become a marching band,” said Director of Bands and Instrumental Studies Charles Dwayne Wilson. “In fall 2018, under the direction of Director of Athletic Bands Andy Smith, that dream is becoming a reality.” 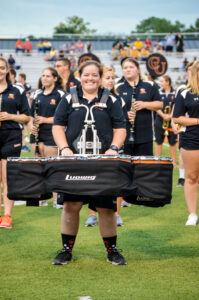 The band will work on laying its foundation during football season this fall with auditions, rehearsals and show design. The marching band will officially launch when football moves to scholarship play and the Big South Conference in August 2018. Wilson says the marching band will expand opportunities for member recruitment, university service and community service.

His energy for the current success of the music program and future marching band is palpable. And there is no question why. The programs that make up the Sound of the Sandhills – the Wind Symphony, Stadium Band, Concert Band, Basketball Band – are doing extremely well.

Several members of the band returned home from an international concert series over the summer expanding the reach of the Sound before marching gets underway. The Wind Symphony performed by invitation at the Mittelrhein Musik Festival in St. Goar, Germany, and the Beethoven House in Bonn, Germany. Campbell’s Jazz Ensemble performed in Cologne, Germany, after a stint in Washington, D.C. in June.

Wilson’s eyes lit up as he rifled through travel arrangements and research to share more statistics about the history of this program. Over the past 18 years, it has grown from 27 members scattered across concert performances and basketball games to 160 members playing in 10 group. Not a bad return on investment for the small leadership team that oversees it.

Now that his band is back home, they have their eyes on the future and the founding of the Sound of the Sandhills Marching Band.

“Next fall, you will hear us coming! We’ll start at the Fine Arts building and march across campus energizing the crowd. It’ll be a great addition to the gameday experience in Buies Creek.”’ 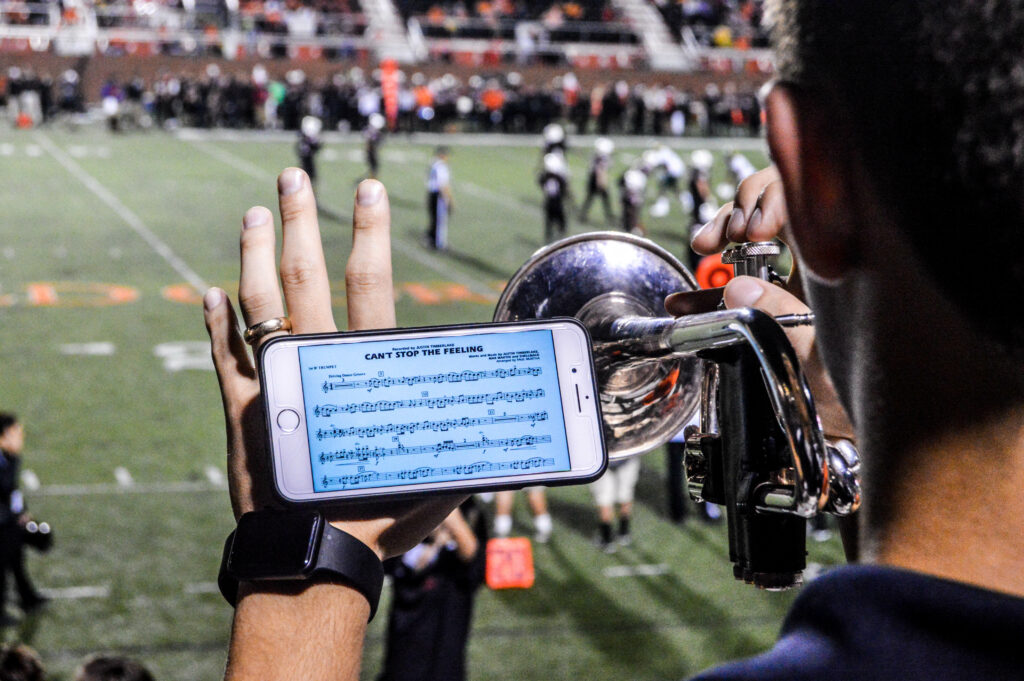 Until then, the marching band will continue to hone its repertoire of stadium classics and modern hits using technology. The band is trading in its traditional flip charts for digital files and smartphones. Thanks to campus wireless and file sharing programs like Dropbox, each member can download their sheet music to their device and cue up any song in the band’s set instantly.