Distinguished alumnus, longtime Dunn mayor provided generous gift for the highly anticipated facility prior to his sudden passing in January

See a Facebook Live tour of the newly finished Oscar N. Harris Student Union at 2 p.m. on Wednesday, May 6.

When Campbell University’s long-awaited student union is formally dedicated to start the fall 2020 semester, it will bear the name of Distinguished Alumnus and longtime City of Dunn Mayor Oscar Harris, the University announced on Wednesday, May 6.

The Oscar N. Harris Student Union — a 110,000-square-foot facility designed to provide a much-needed social hub for Campbell students — will be named in lieu of a generous gift provided by Harris in December. The 1965 Campbell College graduate died unexpectedly on Jan. 28 of this year at the age of 80.

In addition, Campbell will posthumously award Harris the degree of Doctor of Business Administration (honoris causa) at the spring 2020 commencement ceremony that is being rescheduled because of  the COVID-19 pandemic, for his outstanding career in business, government service, community involvement and service to the University. Both actions were unanimously approved by Campbell’s Board of Trustees at a meeting on April 22.

“We are deeply honored and appreciative of the generous support of Oscar Harris, a member of the Campbell College class of 1965, businessman, entrepreneur, public servant and long-time leader in the Campbell community,” Campbell President J. Bradley Creed said.“I cannot think of anyone more deserving of this recognition than Oscar. His life was a testimony to every good thing that Campbell University stands for in Harnett County, North Carolina and beyond.” 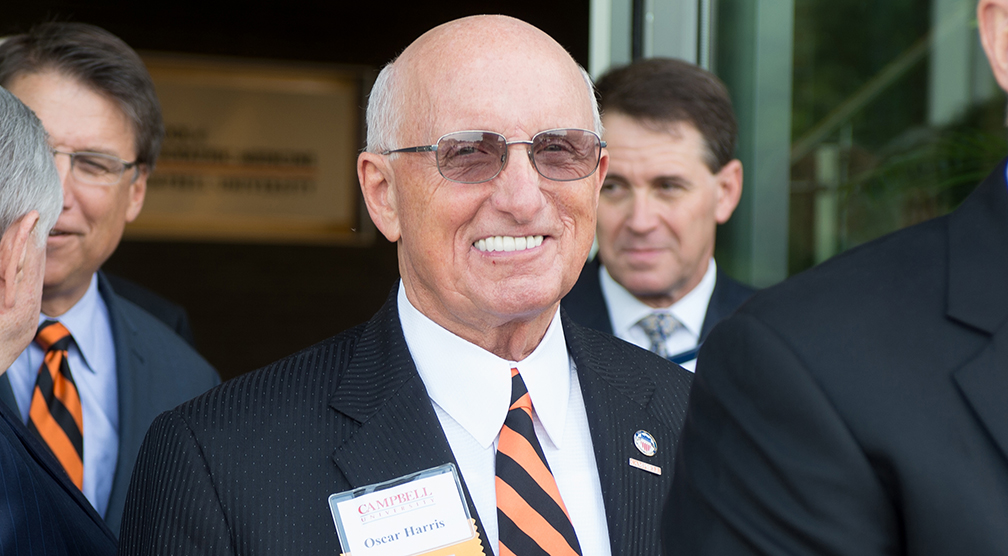 A tireless advocate of his alma mater, his state and his beloved City of Dunn, Harris was founder and president of his own public accountant firm, OscarN. Harris & Associates, PA. Under his leadership as the longest-serving mayor (20 years) in Dunn’s history, the city won two All-America City awards and saw consistent growth (the area saw the sixth-largest population increase of any micropolitan area in the U.S. from 2016 to 2017).

“Dunn is my home,” he told the city’s newspaper, The Dunn Daily Record, upon his retirement in 2019. “I grew up here and have raised my family and built my businesses here. I will remain very active in civic, community and church affairs.”

His other home was Campbell University.

A 1965 graduate of then Campbell College, Harris once said he wouldn’t have been the man he was without his alma mater.

“Had it not been for Campbell, I doubt I would have even gone to college,” he said back in 2013.

After graduation, Harris would return Campbell’s investment in him by investing in the school. He would go on to serve multiple terms on Campbell’s Board of Trustees until his death and was president of Campbell’s alumni association at one time. He was perhaps most proud of his time as chairman of the founders’ committee for the University’s Jerry M. Wallace School of Osteopathic Medicine, which became North Carolina’s first new medical school in 35 years in August 2013. He was front and center at the ribbon-cutting ceremony for the school’s new home, the Leon Levine Hall of Medical Sciences, of which he helped raise more than $35 million to build.

“Oscar Harris loved Campbell University with every fiber of his being,” said Britt Davis, vice president for advancement. “Two of the greatest honors of my life have been working with Oscar to raise money to construct the Leon Levine Hall Hall of Medical Sciences and working directly with him on the naming gift for the Oscar N. Harris Student Union. It saddens me deeply that Oscar passed on to heaven just weeks after providing this gift for this historic project.” 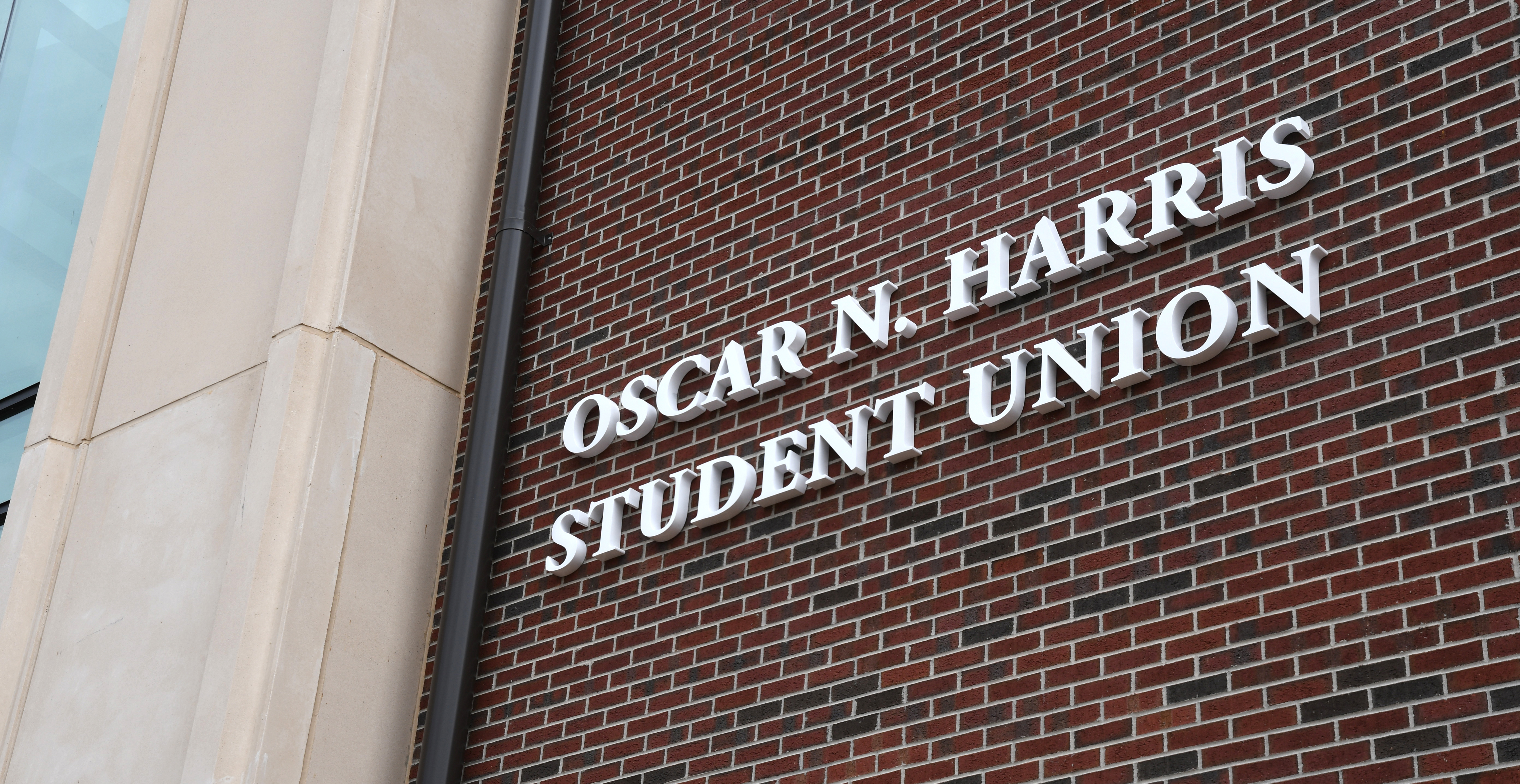 A virtual tour of the Oscar N. Harris Student Union will be held on the afternoon of May 6. University leadership hopes to have a formal dedication of the building for the campus community and donors to the project to kick-off the fall 2020 semester (pending state regulations on large gatherings due to the current COVID-19 epidemic).

The new building is anticipated to become the center of activity for the main campus and Campbell community, giving students the opportunity to hone their social and leadership skills.

It will serve as a gathering place for students, faculty, staff, alumni and community members to study, eat, be in fellowship and get involved. Designed to promote community and wellness, the building will be home to new and larger dining facilities, a large banquet hall, a two-story fitness center, a new spirit store, a theater, student offices and study/social areas and more.