FUQUAY-VARINA — First-year School of Osteopathic Medicine student Christian Timmis recalled sitting across from a woman during his recent mission trip to South America and — despite her brave face and stoic demeanor — sensing something was wrong. She had sought the free clinic manned by Campbell University students to have her daughter looked at, but Timmis, with the help of a translator, felt the need to ask if she felt safe at home.

“She looked at me and shook her head, ‘No,’” Timmis said. “When I reached out and said that I was sorry, she broke down and started crying.”

Timmis told this story to a group of his fellow classmates and faculty members of the health science programs that have participated in a number of missions — both in North Carolina and globally — through Campbell’s Department of Community and Global Health (DCGH). The group gathered on Oct. 15 in Fuquay-Varina for dinner at the Bob Barker Company at the invite of alumnus and longtime University trustee Bob Barker.

Timmis was one of four students to share their experiences and testimonies to the group of more than 100 on hand. For him, the experience with the mother was an example of how these trips will make him a better and more compassionate communicator with his patients when he becomes a physician.

“What touched that woman was not the education of the students or the doctors around her, but that she was being shown compassion and treated with dignity by another human being,” he said. “That, above everything, is what makes a good physician.” 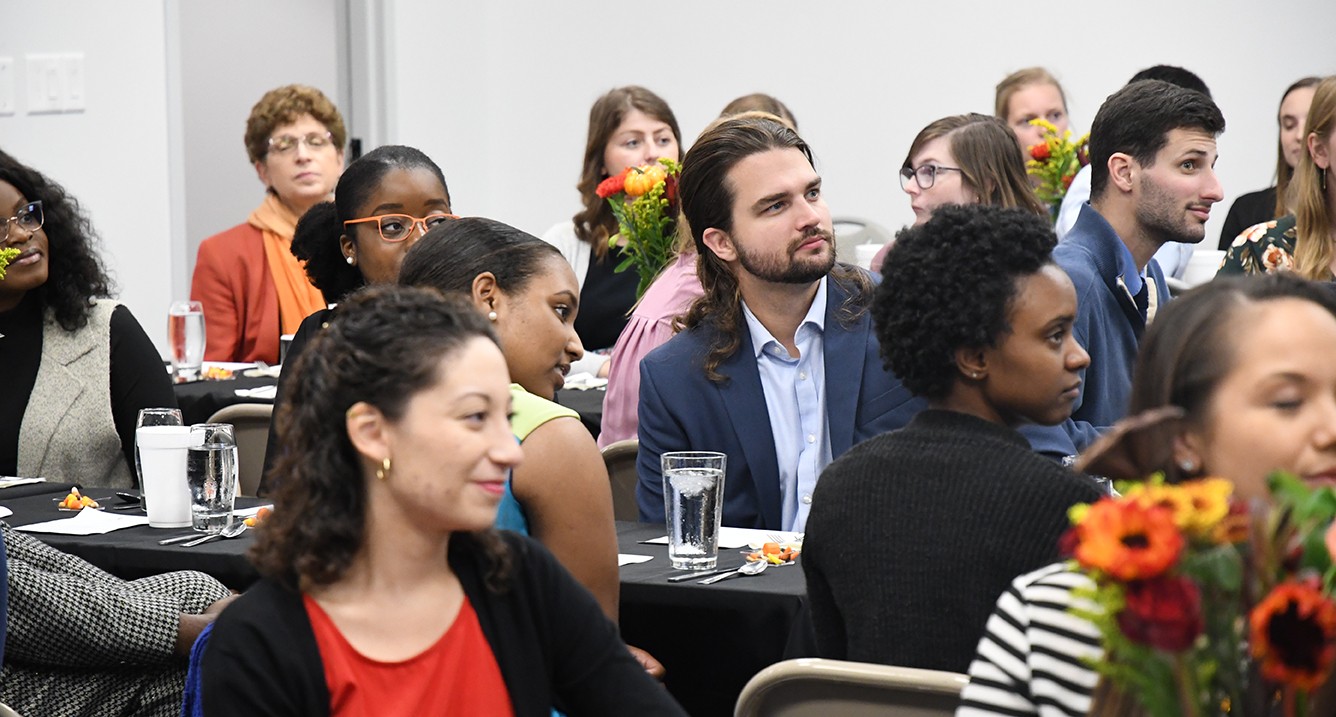 The event was put together by Doug Short, a medical school instructor and the administrative director of the DCGH and Dr. Joseph Cacioppo, associate professor of emergency medicine and DCGH chair. According to Short, a number of students — including Timmis — choose Campbell’s medical school because of its work in global missions and community health.

“The mission of [the medical school] is to educate and prepare community-based osteopathic physicians in a Christian environment … and to develop sustainable international programs that train clinicians for underserved areas around the world,” Short said. “And I couldn’t be more proud of the group of people I’m looking at right now. We’ve seen these students treat their patients with tender, compassionate care. We have seen tears shed on behalf of those whom they treat, and we have seen hundreds of feet washed — a demonstration of true care, compassion and love. That’s our department, and these are our students.”

Second-year students Nicholas Salem and Jessica Simmons-Josilevich and fourth-year student Alanna D’Amelia also shared their stories with their peers. For Simmons-Josilevich, it was a two-week long trip to Armenia — a country she envisioned as desert-like, but instead found to be tree-lined with rolling hills — that took her breath away and justified her decision to become a physician.

“I feel as though I gained more from the people I served and worked with than I think I could have have ever given them,” she said. “They changed my heart; they changed my priorities; and they shaped me into a better person, a better student and, hopefully, a better physician.”

According to Cacioppo, despite marked improvement in recent years, North Carolina continues to lag behind other states when it comes to the number of physicians per population, especially in rural parts of the state — many of which have zero OB/GYNs or pediatricians in their counties.

“How do we fill this gap?” Cacioppo asked. “We fill that gap by recruiting our students from here and, more importantly, training them here. And we get them out early to serve here and to reach out and touch the people of their communities.”

Cacioppo said these mission trips make Campbell students better physicians because it makes them better communicators. It gets them out of their comfort zones and into different environments where they may not always know the language and the customs and are forced to work to get at the issues with their patients.

“When we create doctors who aren’t these mechanical things that simply make a diagnosis, write a prescription and send you on your way, then we break the cycle,” he said. “We must adhere to the tenets of osteopathic medicine — to consider and treat the mind, body and spirit. It’s so important in what we do.”