In the 4th part of a series of interview, Jerry Wallace talks about how he eventually ended up Campbell’s president, even though he never envisioned holding the position.

Campbell University President Jerry M. Wallace announced last April that he will step down from the presidency on June 30, 2015, after serving in the role for 12 years and after working at Campbell for 45 years. Over the course of the academic year, Campbell.edu will post a series of interviews with President Wallace, as well as other content, to commemorate his service to the university. 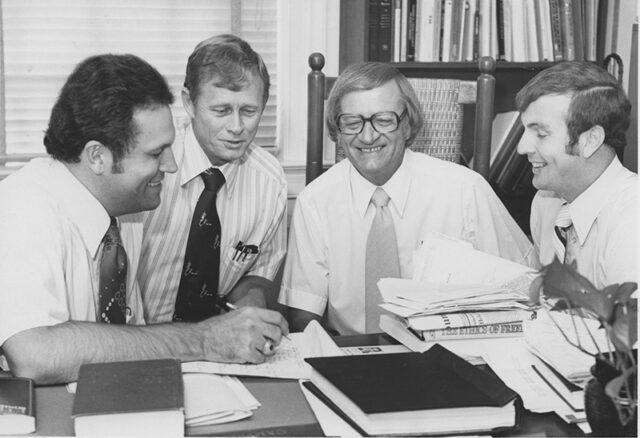 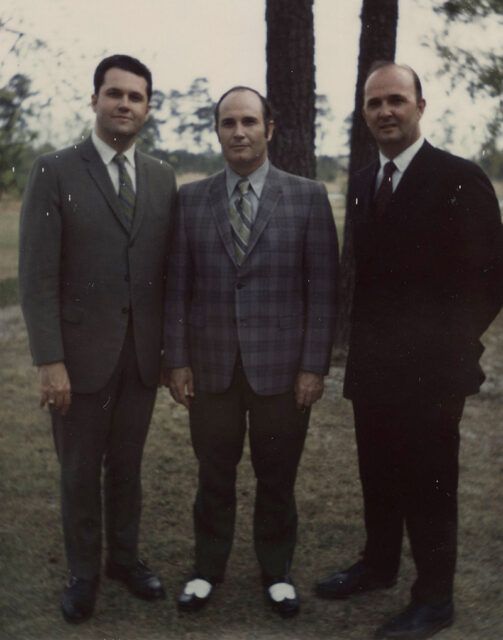 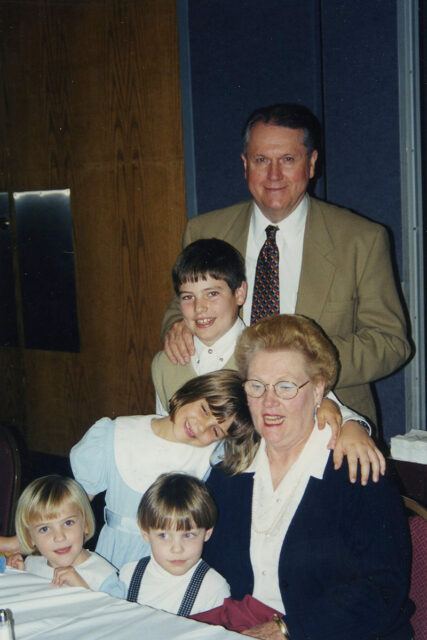 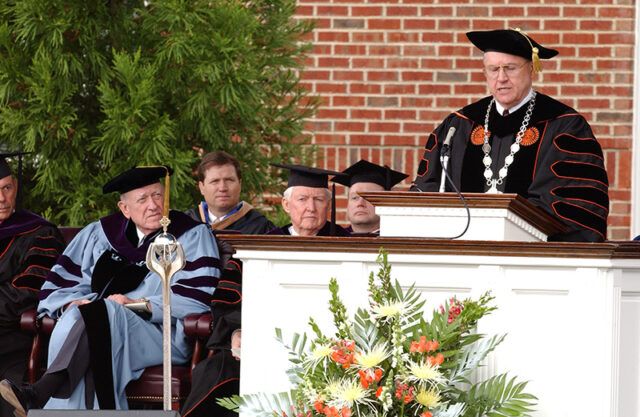 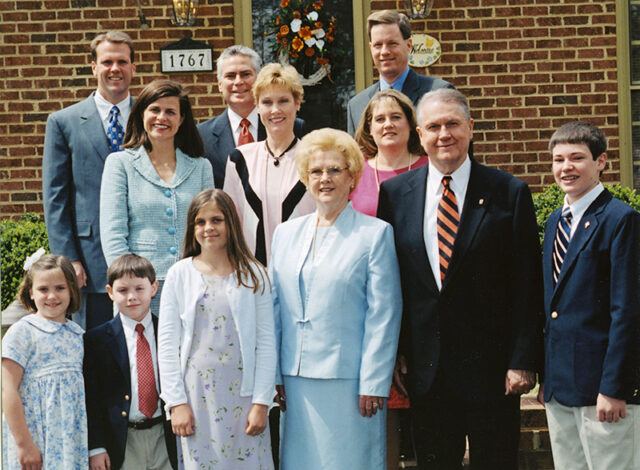 Part 4: On the move to academic leadership

After serving 16 years as pastor of Elizabethtown Baptist Church and teaching part time at Campbell for five years, Wallace joined the Campbell faculty full time in 1975 as chair of the Department of Religion and Philosophy. Six years later, he was named dean of the College of Arts & Sciences. He became the vice president for academic affairs and provost in 1984 and held the position for nearly 20 years before returning to the faculty. He planned to stay with Campbell Divinity School until he retired. In the section below, Wallace talks about his time as a dean and provost, his leadership style, and how he ended up becoming Campbell’s president.

You taught and chaired the Religion and Philosophy Department at Campbell for several years before becoming dean of the College of Arts & Sciences. What led you to become a dean?

That was a very difficult move. After serving as chair of the Religion and Philosophy Department for four years and after the death of Dean Bryant Ledgerwood, I was asked to become dean of the College of Arts & Sciences. I said no. I was asked to be the dean on three other occasions. I said no each of those times, too.

Why did you say no all those times?

I was very, very happy and fulfilled by teaching and chairing the religion department. My five or six years doing that were wonderful. One of the other key issues that caused me to say no so many times is that it was made clear to me that being dean meant that I would be restricted in what I could do in the church. And I couldn’t agree to those restrictions.

Dr. Wiggins was not easily said no to. [Editor’s note: Norman Wiggins was Campbell’s president from 1967-2003.] I finally concluded that if the president asked me to do something on the fourth time and I said no again, I was going to burn bridges and not please him. It was a losing proposition.

That fourth visit to the president’s office, Dr. Wiggins also said, “If we can trust you to be dean, we can still be open to your ministry to the church.” That was the key. I became the dean but also had a mission to the church. Although the demands of the office limited my church activities, I remained involved.

After nearly 20 years as provost, you returned to the faculty and taught in the Divinity School. Why did you step down as provost?

I felt that 20 years as provost — 20 very affirming and enjoyable years — was enough time for me and the university, and, at 66 years of age, I wanted to have less responsibility. I happily returned to the Divinity School faculty where I planned to teach a few more years until retirement. I never envisioned I would be president.

So how did you become the president?

After serving the university for 37 years as president, Dr. Wiggins became ill. During his early illness in 2001, I was asked to serve as acting president for six months. He returned as president but his illness progressed and he announced his retirement in early May 2001. The trustees chose not to perform a national search because they felt it would be best for someone with experience at Campbell to succeed Dr. Wiggins.

At the ripe old age of 68, I was selected to become the fourth president of Campbell University. I thought serving a maximum of five years was what would be best for me and the university; the five years stretched to 12.

Why did it stretch to 12 years?

What did you see during your time as chair, dean, and provost that influenced your presidency?

Serving the university as a faculty member, department chair, dean, and provost provided a perspective which enabled me to see opportunities and pressing needs. When I came into the position of the presidency, it was with that perspective.

I knew the physical surroundings had to change and improve because our “look” and new facilities were essential to attract and retain students, faculty and donors. And, No. 2, I knew new programs had to be launched.

How did you evaluate what programs to launch?

A very, very, very careful evaluation process of realistically looking at Campbell as it was and as optimistically as possible what Campbell “ought” to be, and, ultimately what we could be.

Under your leadership as provost and president, Campbell has started schools in pharmacy and osteopathic medicine with plans to start schools in nursing and engineering, among other new programs. How would you describe your leadership style, which has facilitated this growth?

I have been blessed with a “team” of administrative and faculty leaders who are bright, engaged, and passionate about Campbell and a Board of Trustees who gave counsel, provided support, and became engaged in the many programs we established and our campus transformation. I have always believed if a “cause” is big enough and needed enough and you have looked hard enough, you’ll find people who will resonate with that need.

And I do believe the good Lord directs our paths to people who will help our cause. I have seen that happen many, many, many times at Campbell. I believe if a goal is worthy and needed, the Lord will provide. Seeing that happen at Campbell has been the delight of my life.

Did you ever think about leaving Campbell?

Many opportunities have come my way to leave here and to go to other universities. While I was provost and department chair, I had opportunities to be president of other institutions. But none of those opportunities really seriously caused me to consider leaving Campbell.

I love Campbell, and I believed what was happening here was unique and I had work left to do. The other huge reason to stay here was because of my respect for Dr. Wiggins. He was my mentor and a person I respected to the highest.

What did you learn from Dr. Wiggins?

Hard work yields success. Live a clean life. And if you stay close to the purpose of the university, all will be well.

You also said one of the things that has kept you at Campbell for 45 years was your love for Campbell. What do you love about this place?

Above all else, I love seeing the students and stopping and talking with them and knowing that what happens here for them will make a difference in the world. — Interview conducted and edited by Cherry Crayton