RALEIGH — What would you do if you found out that one of your alumni was going to be portrayed in a movie by Oscar-nominated actor Benedict Cumberbatch?

If you’re Campbell Law School Dean J. Rich Leonard, you ask if there is a scene in the movie in which Cumberbatch could possibly wear a shirt bearing the Campbell University logo. And then you make sure that shirt gets into the hands of the filmmakers, who just happen to be filming halfway around the world. 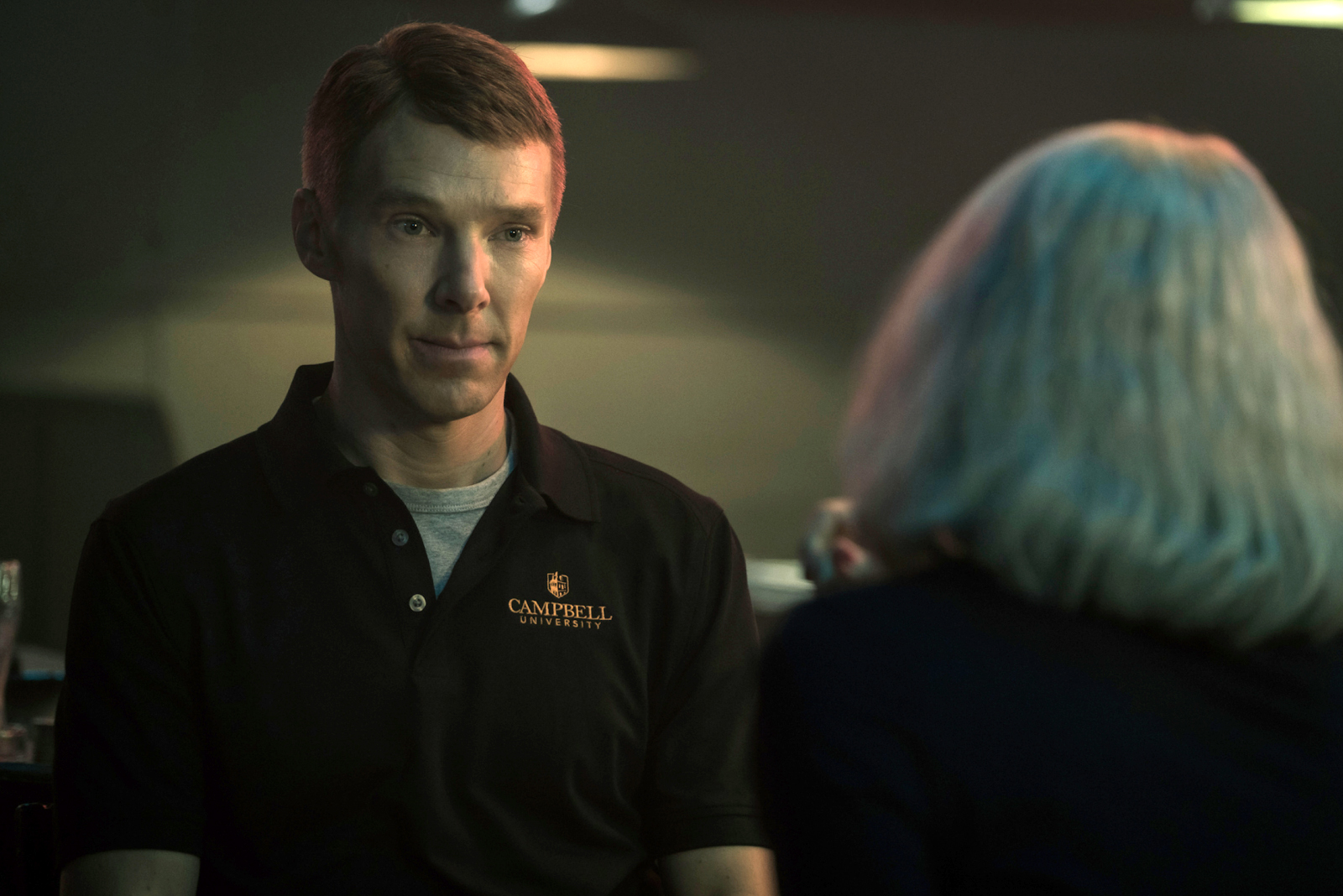 The journey began in 2019 with a phone call between Stuart Couch ‘96 and Leonard about a new movie being filmed featuring Couch, a retired U.S. Marine Corps attorney, when he was a prosecutor at Guantánamo.

“I asked Stu, what would have been hanging in your office at the time?,” Leonard remembers. “He said my North Carolina law license and my Campbell Law diploma. So we had him send us copies and we had them blown up and framed and sent to the film crew along with half a dozen polos bearing the Campbell logo we had specially ordered.”

Couch, who is currently a judge on the Justice Department’s Board of Immigration Appeals, was also featured in the 2013 book, “The Terror Courts: Rough Justice at Guantánamo Bay,” by Wall Street Journal reporter Jess Bravin.

In the book, Bravin describes it as “the most important legal story in decades.” In addition to uncovering how the Bush administration drew up an alternative legal system to try men captured abroad after the Sept. 11 attacks, Bravin also revealed that evidence obtained by torture was being used to prosecute prisoners. However, some military officers, including Couch, refused to take part.

Flashforward to the fall of 2019, when Couch calls Dean Leonard to let him know that Cumberbatch will be playing Couch in a new movie called “The Mauritanian.” The film also stars Jodie Foster, Shailene Woodley and Tahar Rahim as Mohamedou Ould Salahi.

Director Kevin Macdonald, known from such films as “State of Play” and “The Last King of Scotland,” told Vanity Fair his newest drama, “The Mauritanian,” is based on the life of Salahi, who was held in Guantánamo for 14 years on suspicion that he was connected to the 9/11 terror attacks. He was never charged.

“I see it as a film about him, as a very personal film, rather than as a political film,” Macdonald said about the movie filmed in South Africa and based on Salahi’s best-selling memoir, “Guantánamo Diary.”  “I think people are expecting a film about how terrible Guantánamo is, but we already know that.”

STXfilms will release “The Mauritanian” in the U.S. on Feb. 19, 2021. The film is generating significant Oscar buzz and must be released in the U.S. by Feb. 28 to qualify for the 2021 Academy Awards. Leonard has plans to host an exclusive debut of the film in January as a fundraiser for the law school’s award-winning advocacy program. Follow the law school on social media for details about ticket prices and dates that will be announced soon.

Leonard added, “This movie features one of our best trial advocates so what better way to raise money for our outstanding advocacy program?”