From unusual sports seasons to new initiatives in rural leadership, 2021 will certainly go down as another memorable year for Campbell University. Students, faculty and staff took bold risks to help others, used their gifts to aid their communities and adjusted to “new normal” on campus. The following is our pick of the top stories to emerge from the year (in no particular order). Wishing you a wonderful start to 2022.

Campbell University’s prison teaching initiative launched as a joint effort by the University, the Bob Barker Foundation and the North Carolina Department of Public Safety in 2019. The state chose Sampson County for the two-year program — an associate degree in behavioral sciences curriculum designed to provide general education and foundational study in psychology, sociology and social work.

“When I realized this was real and that my teachers were going to hold me accountable, it was exciting. Like, it’s on me whether I pass or fail,” graduate Wesley Lee says. “I’m from a small town, and where I grew up, you either go work on cars or go work on a farm. Before this, I never really saw myself as a college student. But now I’ve been introduced to liberal arts, and it just gives you this broader view of things. It directs you on a path to something in life you might like to do.

The Campbell program is modeled after the highly ambitious, highly successful Hudson Link for Higher Education in Prison program founded in 1998 at the notorious Sing Sing Correctional Facility in Ossining, New York. Run today by a staff of formerly incarcerated men and women, Hudson Link not only provides an education to its students, but life skills and reentry support as well. The result is lowered recidivism (less than 2 percent of students in the program return to prison) and higher rates of employment, community regeneration and reciprocity. 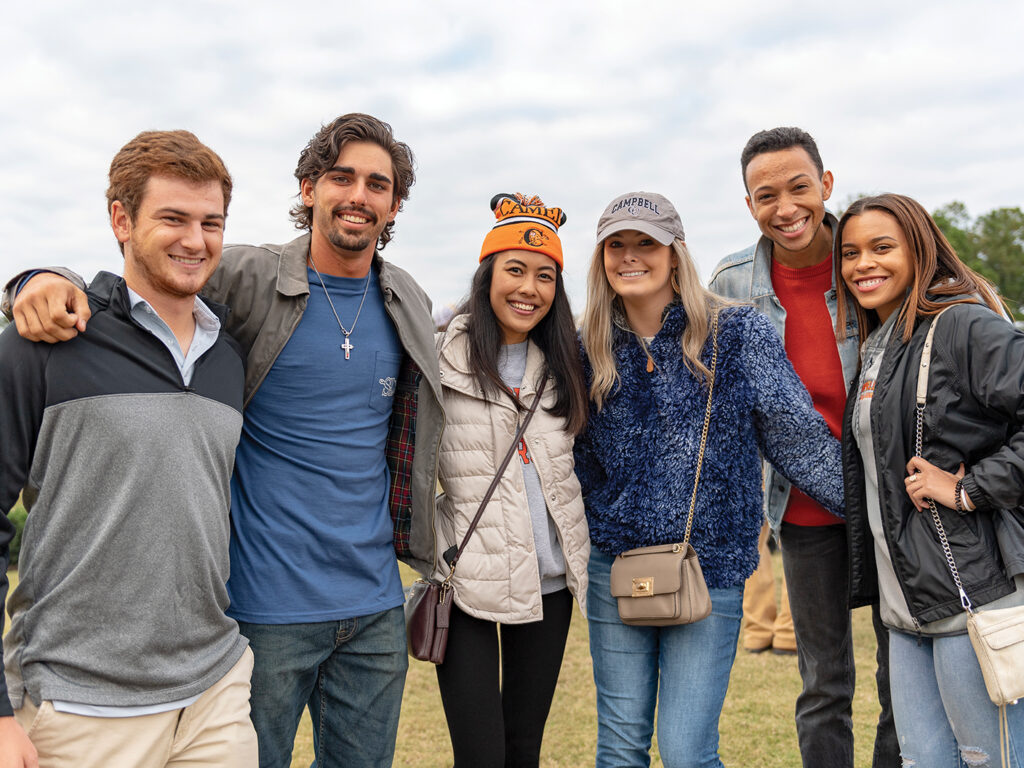 Campbell University ranks eighth out of 56 colleges and universities in North Carolina that offer at least a bachelor’s degree and near the top 20 percent nationally (912th out of 4,500 total schools) in 40-year return on investment (ROI), according to a 2019 study.

The study — performed at the Georgetown University Center on Education and the Workforce — considered the “net present value” of a degree, calculated by projecting earnings 40 years after a degree (based on the 10-year earnings) and factoring in the total investment of an education and projected debt calculations. The North Carolina rankings were reported on this week by Stacker, an online news site of research-driven articles.

According to the research, degrees from private nonprofit colleges and universities like Campbell generally have a higher ROI in the long term than public universities. Students, on average, typically take out more in loans to attend private schools, but the median annual earnings 10 years after enrollment are an average of $8,000 higher for graduates of private schools than for graduates of public schools, according to the study.

Read more on the study. 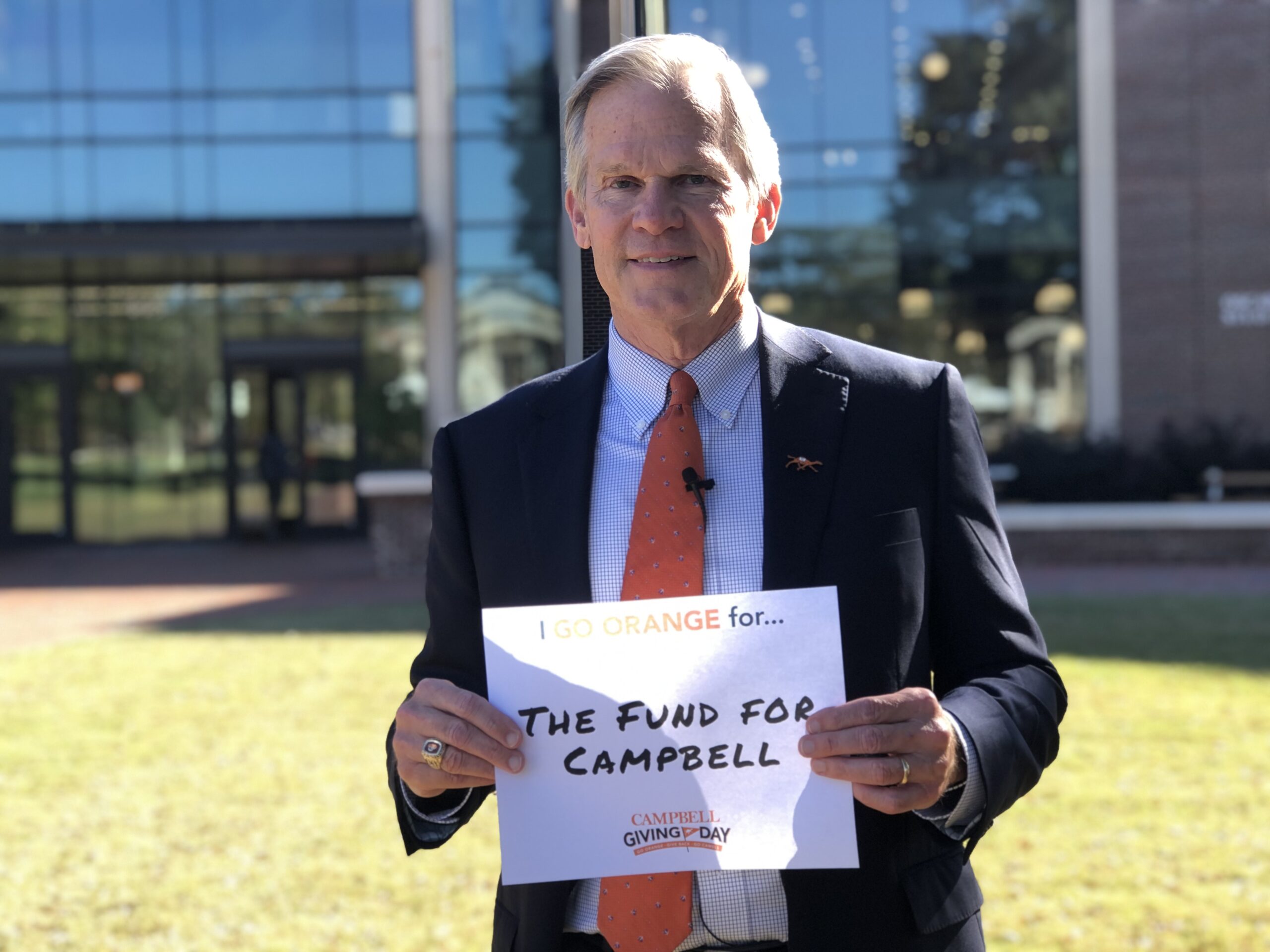 Not once, but twice in 2021, the Campbell University community stepped up in a big way for students and programs. A hugely successful event was held in February to push towards the Campbell Leads campaign’s $100 million goal. In November 2021, the University capped off the campaign. More than 2,000 total gifts  were made in 24 hours, exceeding the goal of 1,887 in honor of the University’s founding year.

Campbell Giving Day has traditionally been held as part of the university’s annual Founders Week in February. As Campbell wraps up its “Campbell Leads” fundraising campaign in December, Campbell Giving Day was strategically moved to the fall to close the gap needed to meet the campaign goal of $100 million.

Campbell Giving Day is geared to encouraging participation from alumni, faculty, staff, students and friends of the university. The 24-hour window closed with 2,038 gifts on Wednesday, a new Giving Day record.

Read about the record-setting event. 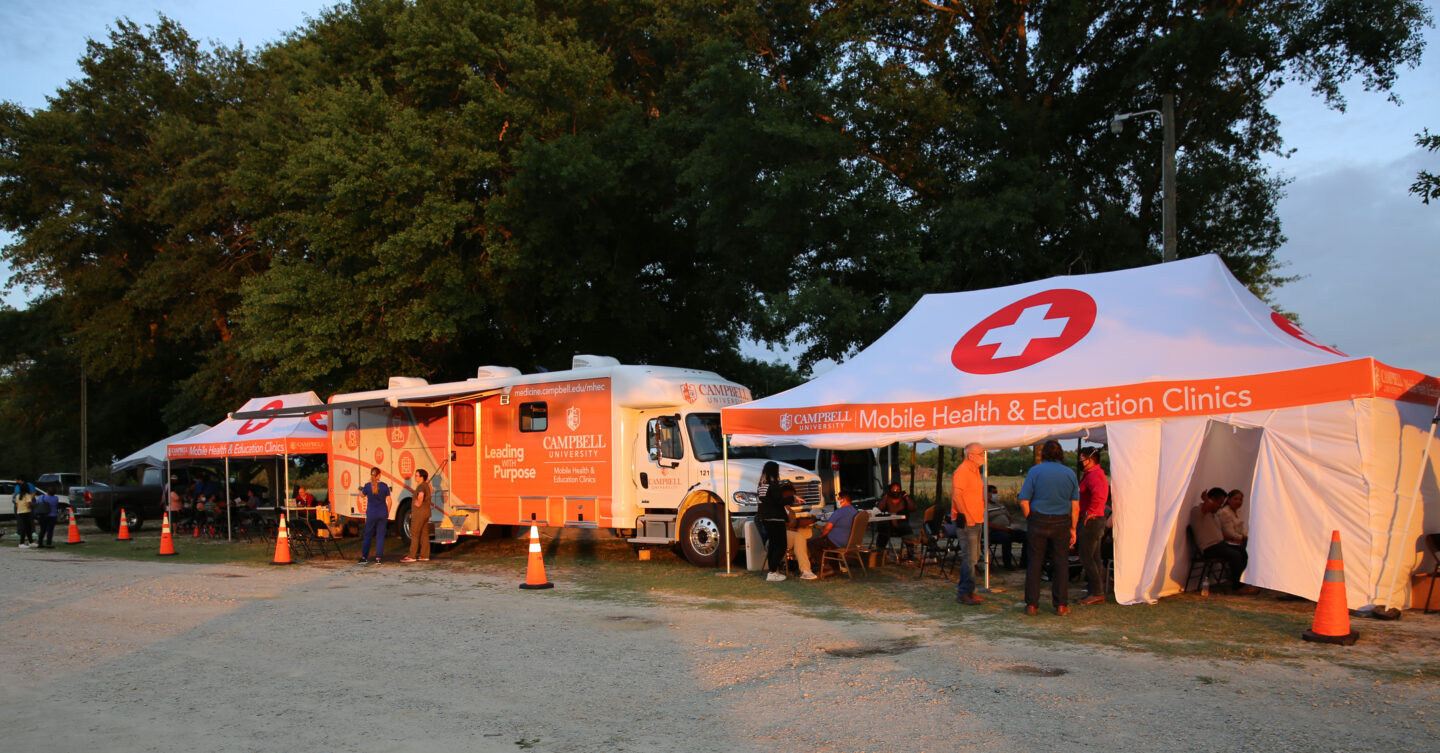 Overall, the team provided health assessments, COVID testing and administered the Johnson and Johnson COVID vaccine for 76 patients. They enrolled 100 patients, including children, for continued follow-up and primary care through the Community Care Clinic.

The MHEC fleet includes two 40-ft. clinic vehicles and a 26-ft. clinic vehicle. The 40-ft. vehicles each have a waiting room, two full-sized patient rooms, and are equipped to provide services available in a family physician’s office – from general health screenings to minor surgical procedures.  The clinic vehicles are complimented by a tent system that provides additional patient waiting, treatment and education space. 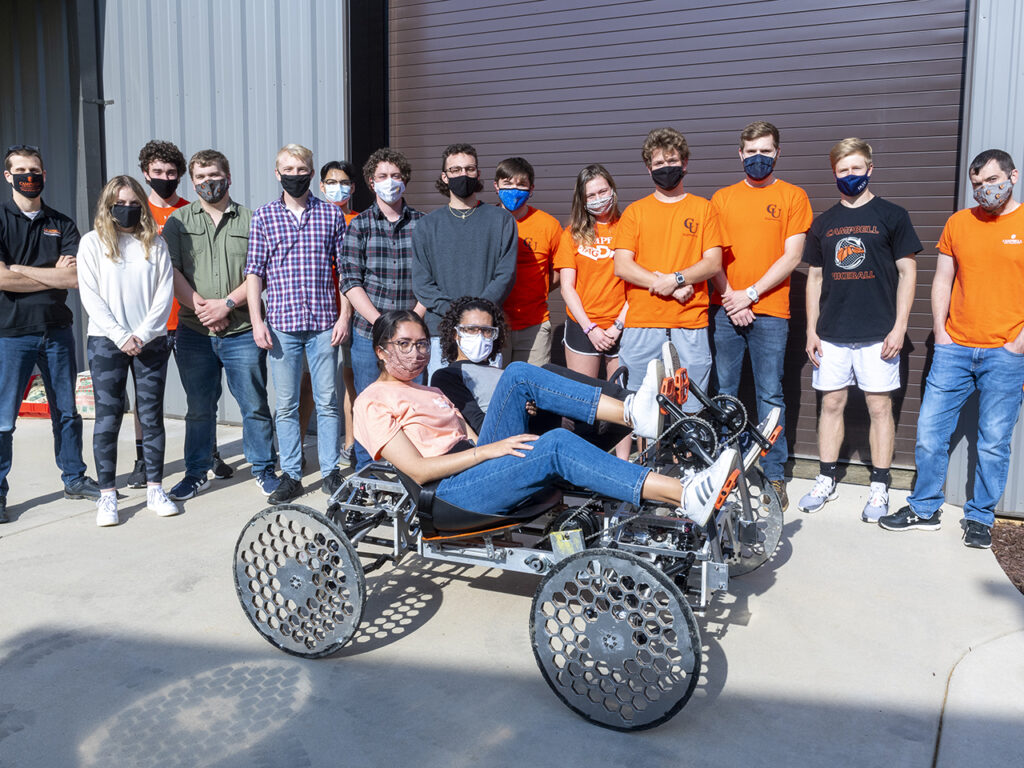 Campbell took home the Project Review Award and the Ingenuity Award in the college/university division, besting schools from all over the world in those categories. The awards are the program’s first in only its third year competing in the challenge.

Engineering Dean Dr. Jenna Carpenter said she was proud of Campbell’s HERC team, which she said spent “many, many hours” outside the classroom not only building their rover, but writing reports, making presentations, and engaging in outreach activities with K-12 students.

Read more about the award-winning team.

When Egypt’s Suez Canal — the man-made waterway connecting the Mediterranean Sea and the Red Sea — was blocked by the massive Ever Given container ship for six days in March, the grounded ship shut down one of the world’s busiest trade routes and prevented nearly $10 billion worth of goods from getting to their destinations.

They found all of those qualities in one man — Dr. Sal Mercogliano, associate professor of history at Campbell University, adjunct professor at the U.S. Merchant Marine Academy and expert in maritime history, nautical archeology and maritime industry policy. 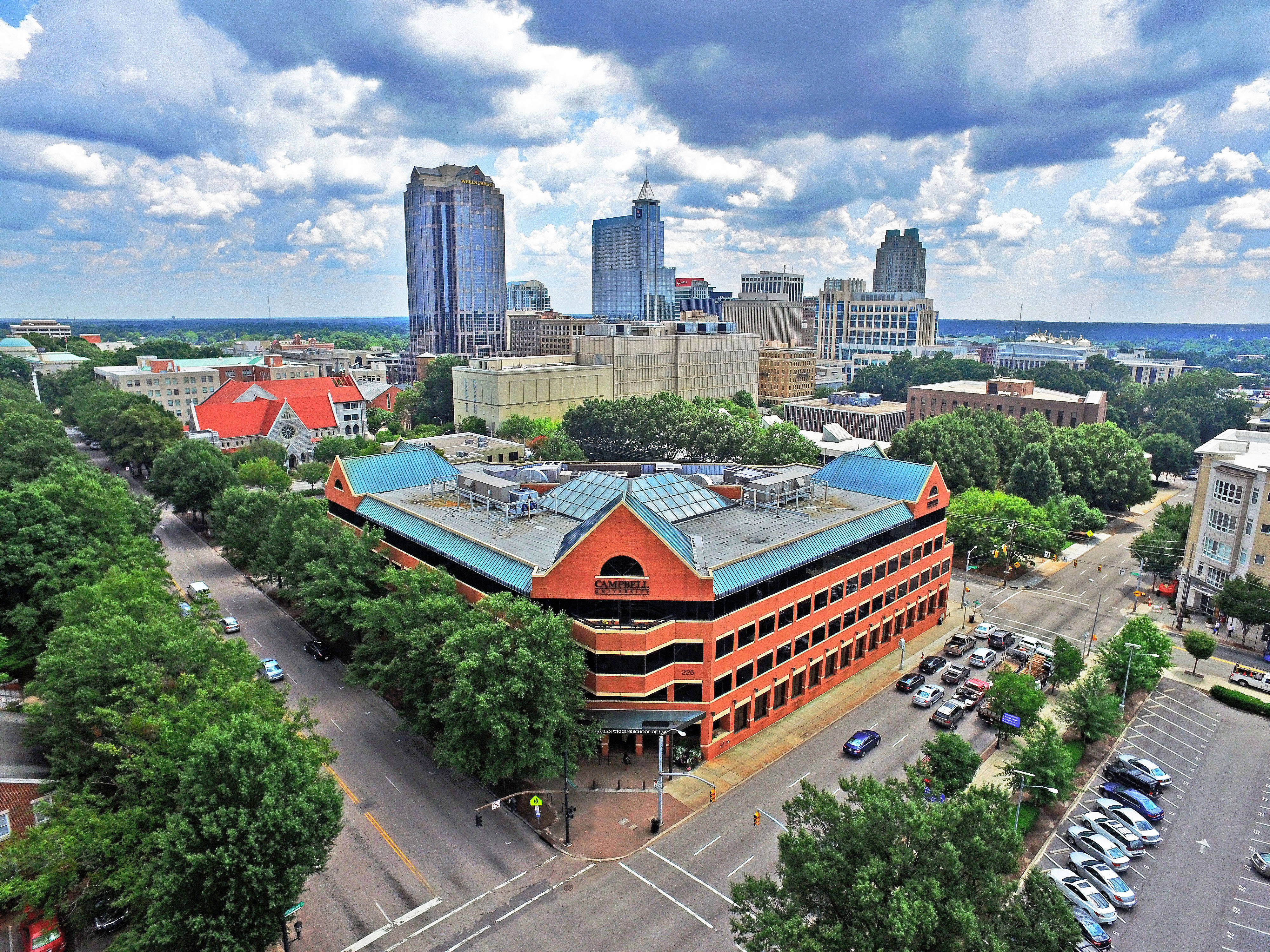 Campbell Law School announced plans to launch a unique virtual initiative for prospective first-generation law students. The “First-Gen Blueprint” virtual program is designed as a bridge over the gap first-gen law students may not even realize they need, said Assistant Dean of Admissions Morgan Cutright. Its goal is to provide first-gen students with the knowledge to successfully prepare for law school admissions as well as law school in general.

The program is not Campbell’s first initiative to support first-generation students. Recently, the first graduating class of the First-gen Camels program for undergraduate students embarked on their post-college adventure. So far, the program has increased Campbell’s first-generation four-year graduation rate to 52 percent, compared to the national average of 27 percent.

Read more on the program launch. 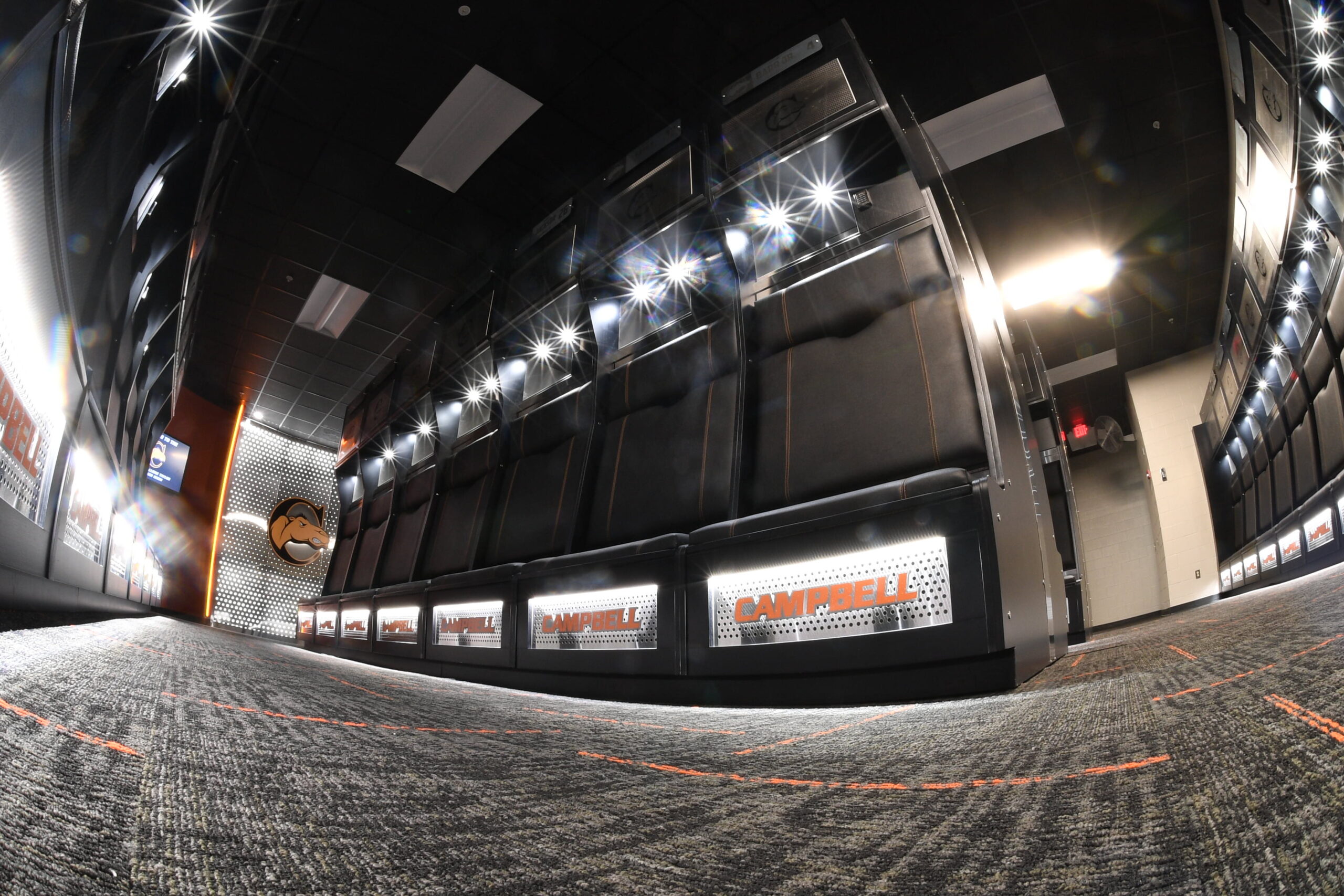 Louisa Taylor’s only regret about her four years as a student at Campbell University was she didn’t get to attend any football games. The 1989 graduate was, unfortunately, about 20 years too early, as Fighting Camel football didn’t return to campus until 2008.

But sports played a huge role in Taylor’s Campbell experience. Some of her fondest memories are the soccer, baseball and basketball games she attended. She lived in a century-old on-campus house her senior year a stone’s throw from Carter Gym. The house across the street hosted visiting athletic teams, and regularly, Taylor and her roommates would host cookouts for athletes from both sides.

“It was one big community,” Taylor recalls. “Living on campus and attending the games, it was all part of an amazing college experience.”

Today, Taylor is a familiar face at Campbell football games, and when presented the opportunity to give back to her alma mater and fill a need for the University’s athletics program, she jumped at the chance. The new locker room was unveiled in March 2021. 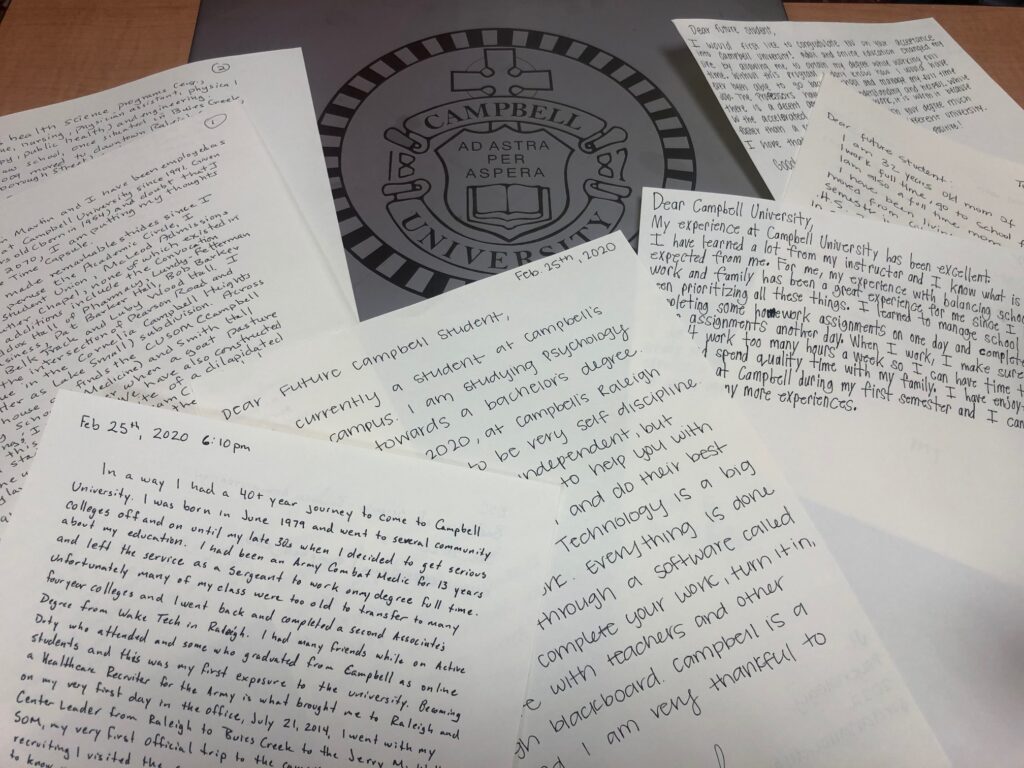 A new landmark was embedded in Campbell’s red brick walkways with the addition of a time capsule set to be opened in 50 years. Filled with memorabilia representing student life in Buies Creek, the capsule is a collaboration between the Student Life, Alumni and Library departments and is part of the annual Founders Week celebration of Campbell history.

The time capsule ceremony was live-streamed on February 2 with remarks from President Creed and members of the Student Government Association, who helped collect and catalog items for preservation.

Digital files were saved on an external harddrive, password locked so that they can only be opened in 2071, and placed into the capsule just like the physical objects. The capsule itself is 24 inches tall with a steel lid and silicone sealant — guaranteed to last 300 years. Papers might be crushed due to the capsule’s height, so the library invested in archival boxes and preservation kits to help items stay in good shape. Finally, a spreadsheet was created to help future generations navigate the collection. 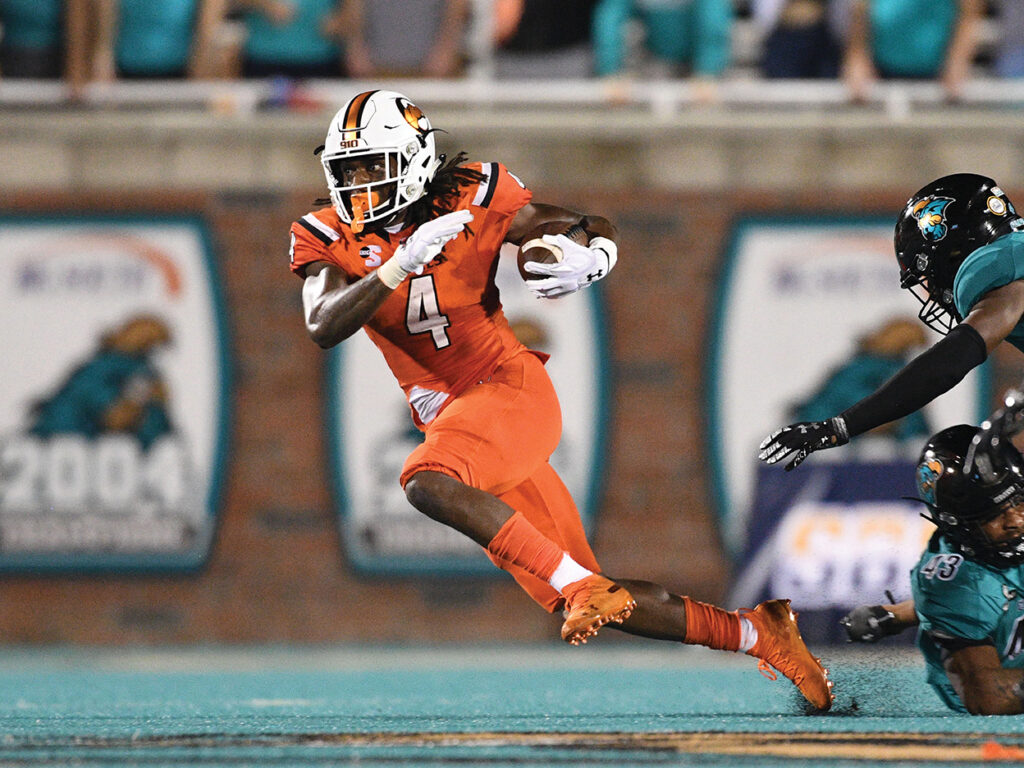 Campbell enjoyed one of the most positive winless seasons in college football history in 2020, facing its toughest competition in front of a new audience. Campbell went ahead with fall football in 2020 — settling on a COVID-shortened four-game season (all against much larger FBS programs) instead of waiting it out for a bigger, more level playing field in the spring.

Four of its FBS opponents played in bowl games in 2020. Coastal Carolina was ranked No. 12 in the nation at one point and beat nationally ranked BYU in December. Appalachian State was ranked No. 23 in the nation early in the season and beat North Texas in the Myrtle Beach Bowl in December. Georgia Southern — that Week 1 opponent — whipped Louisiana Tech 38-3 in the New Orleans Bowl to end its season. Campbell surprised fans all over the nation with excellent performances against all of them.

And while the Wake Forest game appeared to be the one true “blowout” loss of the season, it was historic for the fact that it marked Campbell’s first game against an ACC — the “Big 5” — team.

The Coastal Carolina game on ESPN drew more than 500,000 television viewers and was the only college football game on TV that Friday night. Campbell social media went “through the roof” during the Georgia Southern game, and the University’s main website (and its admissions page) saw an 863-percent increase in traffic that night. The GoCamels.com athletics site saw a similar boost.

All of these games meant a nice payday for the athletics program. The Camels received $150,000 to play in Boone and $325,000 to travel to Georgia. Moreover, they showed the nation where this program is heading when it takes the field again.

Read about the team’s impressive season in Campbell Magazine.